Visitors spend big bucks in Dutchess, not so much in Putnam. What’s the difference?

A new study of the Hudson Valley tourism industry contrasts Putnam and Dutchess — one a county in flux and the other seemingly a hive of activity.

Tourism Economics, Inc., looked at tourism revenues and costs across the state, then broke the data down by region.

Both Putnam and Dutchess counties are on the Hudson River, which is a focal point. Asked to name her county’s top five draws, Mary Kay Vrba, CEO and president of the non-profit Dutchess Tourism, quickly named the Walkway Over the Hudson, Dutchess County Fairgrounds, Culinary Institute of America, Franklin D. Roosevelt National Historic Site and DIA: Beacon. Only the fairground is not located within sight of the river.

The same is true for Putnam County, where major, river-based attractions include the Village of Cold Spring, Boscobel, the Hudson Valley Shakespeare Festival, Constitution Marsh, Foundry Preserve and Breakneck Ridge. Breakneck, which last year drew some 70,000 hikers, sits at the border between the counties, which share a trolley that shuttles visitors between Cold Spring and Beacon with a stop at Breakneck. 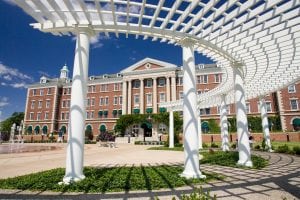 Yet even taking into account the difference in scale, Dutchess County’s tourism marketing is stronger. In 2016 Dutchess will spend $1.6 million to promote tourism, or about $5.62 per capita. Putnam will spend slightly more than $214,000, or $2.16 per capita.

Dutchess’ more urban nature is a factor in its broader program and success. It charges a four percent bed tax on each of its 2,200 hotel rooms, many of which are clustered in the Fishkill area. That tax alone accounts for the entire $1.2 million contribution the county makes to Dutchess Tourism. In contrast, Putnam County, which has virtually no large hotels, contributes $142,000 to its tourism agency.

The two county tourism agencies have vastly different organizational structures. Dutchess Tourism is overseen by a 27-member board made up of tourism industry and community leaders and headed by Andrea Reynolds, president of the Dyson Foundation. 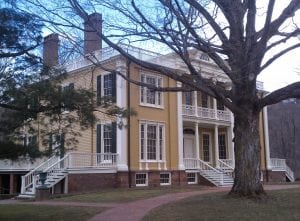 The non-profit Putnam Tourism operates as a county department employing one person, interim director Frank Smith. In the wake of the resignation of director Libby Pataki after questions were raised about her management of the agency, the county advertised for volunteers to serve on a newly formed board of directors.

Smith did not respond to a number of attempts to reach him by email and phone to determine the status and makeup of the new board and to solicit his thoughts on tourism in Putnam County.

However, two organizations contacted by The Current said they have been pleased with Putnam Tourism’s recent efforts. Dave McCarthy, a board member with the Cold Spring Film Society, said that the Carmel-based tourism body had increased its grant to the popular outdoor summer movie program to $1,500 in 2016 from $250 last year.

“It was very helpful,” McCarthy said, adding that the society surveyed this year’s moviegoers and will soon release the results. A previous survey showed that many audience members come from out of town and contribute significantly to the local economy. He said this year’s series attracted more than 4,000 people.

Alison Antoine, who heads the Cold Spring Area Chamber of Commerce, also had kudos for Smith. “The Chamber has a solid, collaborative relationship with [him], and he continues to be supportive,” she said, noting that Putnam Tourism was a major sponsor of the Summer Sunset Music Series at the riverfront.