In 1969, when Christopher Radko was growing up in Scarsdale, there wasn’t an overabundance of kid-friendly movies. So, when a film version of the Broadway musical Hello Dolly! starring Barbra Streisand and Walter Matthau opened over the holidays, his family jumped at the chance to go to the movies together.

Radko loved every minute. Even as a child, he says, he “had a fascination for the Victorian era: men in hats, horses and buggies — such a contrast to torn blue jeans and mini-skirts. In a kid’s imagination it evoked an easy-going time when the idea of community really meant something.” 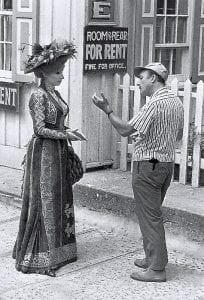 His affection for the material was rekindled as a young man when a college friend who happened to be a niece of Dolly’s composer and lyricist Jerry Herman appeared in a production of the show starring Carol Channing.

“I thought, Wow, what a classic Broadway production, especially at a time when all the new musicals were British,” he says. “With Hello Dolly! you could sing along to every song. It reminded me of My Fair Lady, the classics.” (A Broadway revival of Dolly is planned for 2017 starring Bette Midler.)

What Radko didn’t learn until later was that a good part of the movie was shot in Garrison and Cold Spring between May and September 1968, where he now hopes to make his home. The number Put on Your Sunday Clothes was filmed on Garrison’s Landing, standing in for Yonkers. Radko estimates the filmmakers injected the equivalent of $3 million into the local economy.

In an homage to the 50th anniversary of the filming, and to the sense of community Radko says he felt when attending the Made in Philipstown event last year, the entrepreneur is organizing a community-wide celebration for 2018. Radko has already enlisted a number of cultural institutions, as well as luminaries connected with the film, which won three Oscars. 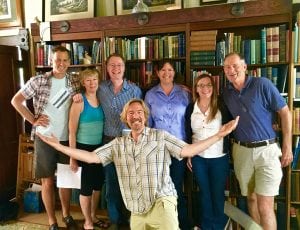 Among the activities being planned:

Radko, well known as a designer of glass holiday ornaments, says he volunteered to organize the anniversary as a “gift to the neighborhood.” Any profits will be distributed to HVSF, the Depot Theatre and Philipstown Recreation for creative arts scholarships.