It’s one from column A, B and C at the Chapel Restoration in Cold Spring on Sunday, Sept. 25, when a journalist, novelist and poet share the stage in the return of the Sunset Reading Series. Non-fiction writer Alex Cuadros joins novelist Téa Obreht and the poet D. Nurkse at the 4 p.m. event, which will be followed by a wine-and-cheese reception.

The three writers share “a connection to the greater world” and each can “really turn a phrase,” says Jeff McDaniel, the poet and Sarah Lawrence professor who is coordinating this year’s readings with Rebecca Tighe. 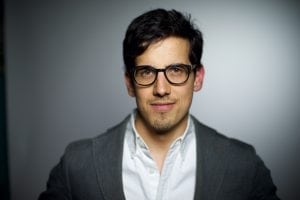 Cuadros, author of Brazillionaires (Random House), which examines the economic elite in Brazil, has written for The Atlantic, Bloomberg Businessweek, The New Yorker, The New York Times and The Washington Post. After six years living in and reporting from São Paulo, he recently moved back to New York City. Cuadros is one of McDaniel’s former students. “When he was in college he could wear the creative hat, writing satirical, biting poetry and also analytical, 40-page research papers on things like the cocoa trade in Bolivia,” McDaniel says.

Téa Obreht’s bestselling debut, The Tiger’s Wife, won the 2011 Orange Prize for Fiction and was a finalist for the National Book Award. Born in Belgrade in 1985, Obreht and her family left what was then Yugoslavia in 1992 at the onset of the ethnic hostilities. The Tiger’s Wife was written while Obreht was a graduate student at Cornell, triggered by the death of her grandfather. Its intersecting tales are set against the backdrop of a nation splitting apart. She is working on her second novel, which is based in the American West during the 19th century. 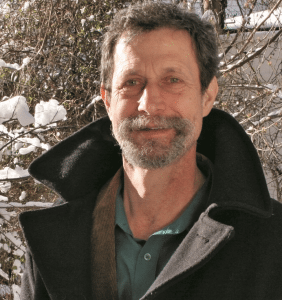 D. Nurkse (for Dennis) is the author of 10 poetry collections, including, most recently, A Night in Brooklyn (Knopf, 2012). His work as a human rights activist, McDaniel speculates, may have “given him access to write as he does. For instance, he has written persona poems relating to the war in Iraq. One, in particular, is about an Iraqi captive who feels almost a sense of pity for the 20-year-old American soldier putting a gun to his head. You can only write that kind of poem if you’ve been on earth for 60 years and looked at things from different perspectives.” Nurkse’s poems focus as much on the small details of ordinary lives as on the greater political movements which contain and shape those lives.

Nurkse, who was the poet laureate of Brooklyn from 1996 to 2001, teaches with McDaniel at Sarah Lawrence but has also been a construction worker, grant writer, human rights representative to the U.N., street musician, kindergarten teacher, translator, bartender and harpsichord builder.

The Chapel Restoration is located adjacent to the Metro-North lot, which has free parking on weekends. The next Sunset Reading is scheduled for Oct. 16.