More than anyone, architect Aryeh Siegel has defined the city’s aesthetic

When Aryeh Siegel and his wife first considered Beacon in 1999 as a place to start a family, the city looked far different. Much of Main Street was boarded up or vacant. There wasn’t much activity on the streets, and the community of artists that would drive a resurgence was just getting started.

As an architect, it was hard for Siegel not to see the potential. Soon after their initial visit to Beacon from Brooklyn, Siegel was on Shelter Island working for sculptor John Chamberlain when the city came up. 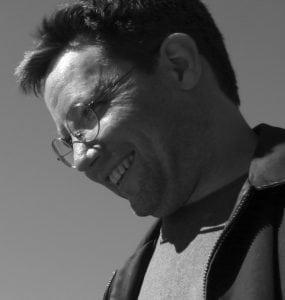 Architect Aryeh Siegel, who has helped define the style of Beacon. (Photo provided)

“He said, ‘Oh, I’ve heard of Beacon, I think I’m going to be in a new museum there,’ ” Siegel recalls. “Then he introduced me to the people at the Dia Foundation.” After that meeting, Siegel says he knew that the city’s potential was about to be realized.

Although Siegel worked with the foundation to transform an abandoned Nabisco factory near the river into Dia:Beacon, his first job in the city was as the architect for 177 Main, which today houses Dream in Plastic. At that point, Siegel was commuting into New York, but the tide was turning. “The Dia gave people confidence in Beacon,” he says. More buildings were being bought and renovated, and Siegel soon opened an office on Main Street.

In the years since, the look and feel of Beacon has transformed dramatically, though few people have played as instrumental a role as Siegel. He’s been involved in most of the high-profile projects of the past 15 years, including the Roundhouse buildings, the Towne Crier Café, the condos coming to the old electric blanket factory at 1 East Main, the Beacon Theater and the hotel that will soon open across from the theater. 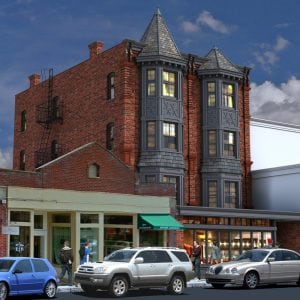 A rendering of the Nox Hotel project currently under construction in Beacon. (Photo provided)

Even as the city has grown, it has managed to maintain a small-town feel. A chief reason for that, Siegel says, is geography.

“Beacon has two beautiful natural barriers, in the river and the mountain,” he says. When the area was settled, it was two towns: Matteawan by the mountains and Fishkill Landing by the river. Hemmed in, the towns grew in the only direction they could, toward each other. Their eventual merger was a forgone conclusion (it happened in 1913), dictated by the landscape. This also explains why the nebulous sprawl that encircles so many Hudson Valley towns and cities has never been much of a problem. “Some of the other towns in the area just keep going and going,” said Siegel. “You’re not sure where to draw the line.”

Siegel’s work in Beacon has helped to define an architectural style, although Siegel says the credit belongs to the mayors and planning boards for upholding the standards of the historic zones on either end of Main Street while also allowing for a bit of interpretation. 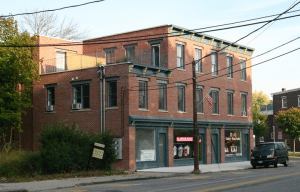 544 Main Street, in one of Beacon’s Historic Districts. (Photo provided)

“When you’re working in the Historic Districts, you don’t have to mimic a historic building, and they don’t really want you to, because then it’s like being at Disneyland,” he said. “It’s a weird copy, and you can’t tell the difference between the old buildings and the new ones.”

Instead, the city requires that designers incorporate some of the key elements of the surrounding buildings, like window proportions, cornices and dominant building materials such as brick. The effect created by these regulations is a series of buildings which are in tune with each other while still distinguishable.

There are fewer standards for the middle of Main Street, which allows for more architectural freedom. “The Towne Crier — which was in the hideous old DMV building — the owner wanted to go back a little bit and use details that were historical, even though we were outside of the historic zone and it needed so much work that we were basically doing a new building,” Siegel says. The result is a building that extends the look and feel of the historic district. 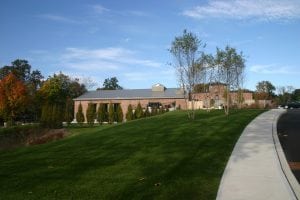 The event space at The Roundhouse. (Photo provided)

“The idea is to bring in more residential density while keeping the ground floor of all buildings commercial,” he says. “As long as people keep moving here, it seems smart to accommodate them. And there’s still plenty of room to grow commercially on Main Street with things people need, as long as those two things work in tandem. That’s one of the smart things the city is doing, pushing for some density,” which helps entice new businesses.

One thought on “The Beacon Look”