The six newly appointed members of the non-profit Putnam County’s Visitors Bureau board, chaired by Barney Molloy of Cold Spring, is pushing ahead with efforts to hire an executive director to replace Libby Pataki, who resigned earlier this year after questions arose about her financial oversight of the agency, including whether it had a functioning board.

The Current sat in on the new board’s Sept. 28 meeting, its fourth, as members handled routine business, pausing to explain their reasons for wanting to serve and their perspectives on tourism.

However, after words of caution from the chairman, one subject remained off the table: Putnam County’s refusal to share sales tax revenue with the municipalities in which it is generated, which in western Putnam often involves tourist spending.

The tourism board began its work on Aug. 3, following months of uncertainty after Pataki’s resignation amid questions about her stewardship and the disclosure she had created a separate non-profit, the Putnam Tourism Corp., whose mission of promoting tourism mimicked that of the Visitors Bureau. Both organizations paid her a salary, and the situation and unresolved questions led to a New York State attorney general’s investigation.

The six members of the new board were appointed by Acting Tourism Director Frank Smith, who worked under Pataki and now runs the agency. Each had responded to an advertisement placed in the Putnam County News & Recorder and two newspapers in the eastern part of the county about the openings. Smith received seven responses. He told a legislative committee in July that he thought every applicant was well-qualified and so appointed them. One quit shortly after being chosen.

At its first meeting, the board members chose Molloy as chairman, and another Cold Spring resident, Deborah Walker, who has a background in administration in financial institutions, as secretary. Brewster realtor Kevin Callahan is vice chairman, and Phil Tolmach, a landscaper who serves on the Town of Kent Conservation Advisory Committee and Kent Planning Board, is treasurer.

At its Sept. 28 meeting, the board devoted most of its attention to its director search, concluding the meeting with an executive session to review applications. Tolmach, the board’s treasurer, recused himself when the discussion began and left the room, noting he was among the candidates for the job.

Molloy said he expected the board would receive about 40 applications before the Oct. 14 deadline. The hopefuls so far include a dozen people who applied during a search conducted in the spring that was subsequently abandoned. The county — which oversees the bureau — rewrote the job description, adding more details, and Smith asked those applicants to reapply. For details, visit tourputnam.org.

In a roundtable conversation at the meeting, and in two phone interviews, the board members explained their rationale for seeking the unpaid posts.

Barney Molloy, 56, says he came to the board because “I love a challenge” and can lend experience with non-profit management and related activities. He cited a study that determined that every $1 spent on tourism produces $7 to $9 in economic activity. That is a reality “Putnam County literally cannot afford to overlook. And the impact tourism will have, whether we effectively manage it or just let it happen, is something we have to be cognizant of, especially on the western side of the county. There are challenges to infrastructure on the western side of the county that maybe the county needs to be more aware of — and come up with a plan to ameliorate some of those impacts as well as maximize the investment opportunities. Putnam needs to step up, and that’s an important component of what the tourism bureau can and should be doing, coming up with a vision, a strategic plan.”

Elizabeth Carson Tompkins, 67, of Carmel, a retired high school English teacher and language department chair, she said she felt she “had the time to devote to local projects” and noted that “Putnam is strategically placed” to promote and significantly benefit from tourism. Moreover, “I’m a big fan of Putnam County” and what it has to offer, suggesting that one function of the Visitors Bureau is to “get behind” such events as Restaurant Week and help “make them happen.” She expressed enthusiasm for her new role and colleagues: “We’re all in this to learn and grow as a team.” 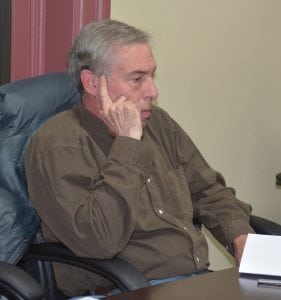 Philip Tolmach, 66, of Phil Tolmach Plants in Carmel, joined the board because “I’d like to help out,” a desire that earlier spurred his involvement in Kent’s civic life. “I believe I have some good ideas; I’d like to share them with the rest of the board,” he said. He described tourism as “the only growth industry we might have,” although he also would like to see the county “attract good green business,” such as select technology ventures. And, “I’d love to bring a hotel to Putnam County” at the right location, he added.

Victoria Causa, 59, an international human relations executive who lives in Carmel, explained that she loves the county, which she considers “sort of the diamond in the rough that people see as a pass-through as opposed to a destination. But there’s so much to offer that with the right focus and the right people pushing in the same direction we can make this a place where people want to come and spend some time and some money and really get the beauty and joy out of what Putnam has.” Also, “after having seen the struggles the county has been through, I think the outlook I bring can be refreshing” because of her global perspectives and experiences. She said she’d like to “attract industry on a limited basis,” but not in a way that leaves Putnam “overrun with a lot of people and crowds.”

Deborah Walker, 60, also has “always had a love for the county and wanted to find ways that maybe I could just participate and bring some of my talent” to the wider community. Her background includes event planning and she’s interested “in seeing how we could move forward…. We need to bring more tourism in, just make people more aware of what’s available. We need to have more money coming in.”

Kevin Callahan, 60, a broker with Covington Commercial Realty in Brewster, has found “I really enjoy being in Putnam County” and thus “take advantage of all or most of the amenities,” from climbing Breakneck, kayaking at Cold Spring and attending Hudson Valley Shakespeare Festival productions at Boscobel to hiking in eastern Putnam. “In my mind, tourism is economic development,” he said. An advocate of turning old train tracks into trails, he’s mapped out possibilities in Putnam, which “is right in the middle of huge potential for rail trails” as well as “right on the cusp of some really great things happening” overall, he said. “If we can bring more people into Putnam it will help stabilize and lower property taxes. I decided to volunteer and see if I could add something to tourism.”

6 thoughts on “Meet Your Tourism Board”