Beacon officials have agreed to sell a vacant, city-owned lot next to City Hall to a developer who will construct affordable housing.

The City Council voted unanimously on Oct. 3 to sell the 3.14-acre lot to Kenneth Kearney, a Carmel-based developer who is building affordable housing in Peekskill and Poughkeepsie. Kearney will buy the lot on Wolcott Avenue for $1.2 million, or $100,000 less than its appraised value.

“The mindset here is to create housing for people that, due to rent burdens, are being pushed out of Beacon,” said Kearney, who has committed to keeping the units affordable for the next 50 years.

The largely wooded lot was obtained by the city through an urban renewal program more than 25 years ago.

The council has wrestled with the issue of affordable housing this year as hundreds of new apartments and condominiums are popping up around the city, many with six-figure price tags. 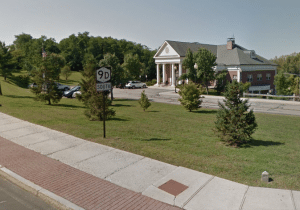 “There’s no better opportunity than this opportunity to do this and keep it affordable for people who want to stay in the city of Beacon,” Mayor Randy Casale said, noting the city’s comprehensive plan recommends increasing residential density near the Main Street retail district. “This is a half-block from Main Street,” he said, and also a block from the Metro-North train station.

City planners are drafting legislation that is likely to increase the number of affordable units that must be included as part of new developments. Those units would be classified as “workforce” housing, which gives priority to families that include emergency responders, municipal and school system employees and current and former members of the military.

The city, however, has gotten pushback from developers who would like projects already underway grandfathered to the affordable housing standards in place at the time of their Planning Board approval and not to any revisions the City Council may adopt.

Kearney plans to build about 50 artist loft spaces and 25 middle-income units. As with workforce housing, the rents will be tied to the area’s median income, which Dutchess County says is $87,100 annually for a family of four. The lofts would be priced for renters earning between 50 and 70 percent of the median income and the middle-income units for those making between 70 and 130 percent, Kearney said.

The U.S. Department of Housing and Urban Development defines affordable housing as that which requires a household to pay less than 30 percent of its gross income on housing costs, which include rent and utilities or a mortgage payment, utilities, insurance and taxes. Therefore, households earning within those ranges would be able to rent Kearney’s units at a cost not exceeding 30 percent of their income.

Casale said on Oct. 3 that he expects to discuss with the council how the city will use the $1.2 million from the sale. Infrastructure improvements might be first on the list of priorities, he said.

Once the sale is finalized, Kearney said he will seek funding from the state’s Middle Income Housing Program, an initiative expected to offer $70 million to affordable housing developments during the 2016-17 fiscal year. Kearney said that his Peekskill and Poughkeepsie projects were two of the first funded by the highly competitive program, “so we’re looking to emulate our success there on this site” in Beacon.

The project will need approval from the Beacon Planning Board. The council’s resolution only authorized the sale of the land.

When asked how a developer makes money building affordable, rather than market-rate, housing, Kearney said it isn’t for everybody. “There are limited profit streams, but we’ve been able to stay busy for the last 12 years,” he said. He said he is filling a “niche within a niche,” adding that he built housing on East Main Street in 1989 and has long been interested in returning to the city to construct more.