Putnam County released the most recent version of its lease agreement with Butterfield Realty for a senior center in Philipstown, which has been signed by County Executive MaryEllen Odell and sent to developer Paul Guillaro for his approval. The county provided the document to The Highlands Current Oct. 12 in response to a Freedom of Information Law request.

The major elements of the lease remain unchanged from a version dated May 3 that was leaked to the press. 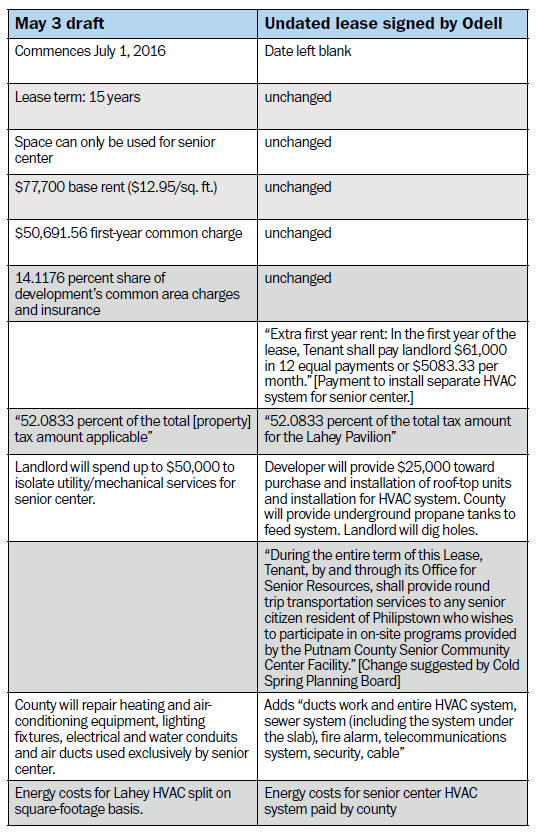