A conversation with Jonathan F. P. Rose about ‘the well-tempered city’

In the late 1960s, when Jonathan F. P. Rose was 16 years old, his father took him out to the decrepit landscape that was New York City’s Roosevelt Island. He pointed to the ruins of the asylum wards and smallpox hospitals and asked his son, “What would you do with this?”

Rose built his career around attempting to answer that question. He earned degrees in psychology, philosophy and regional planning; and founded or co-founded a real-estate development planning firm, a record label specializing in jazz, and the Garrison Institute. Now he’s welded these disparate interests and influences together in a book published in September by Harper, The Well-Tempered City: What Modern Science, Ancient Civilizations, and Human Nature Teach Us About the Future of Urban Life. 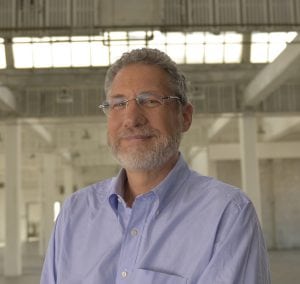 Rose says he was inspired by Bach’s Well-Tempered Clavier compositions, which utilize a renegade system of tuning notes known as “tempering” that allowed composers to transition between keys without going out of tune. As Rose writes, Bach composed the pieces “to align our highest human aspirations with the sublime harmony of nature. It is a model of the task we have today in designing and reshaping our cities.”

Rose will discuss the book with New York Times journalist Andrew Revkin at a free event at 7 p.m. on Monday, Oct. 17 at the Garrison Institute. The Current spoke with Rose about the Hudson Valley, East Harlem and what Wynton Marsalis can teach us about resilience. His responses have been edited for brevity.

Given the stress of urban living, why would anyone live in a city rather than the countryside?

Cities are much more ecologically efficient than living in nature. Imagine a block in New York City with 10,000 people, and the equivalent amount of land you need here in the Hudson Valley with that many people. For every mile of road, water pipes or sewage pipes, you get much greater efficiency with the density of cities. The world population, which is now about 7.4 billion, is expected to hit 10 billion this century. Those people are becoming more prosperous and consuming more. The earth can’t absorb all that consumption. But by concentrating cities, we use materials much more efficiently and that makes it much easier to recycle and to create circular economies in order to reuse things.

The other thing is that people are moving to cities because they want to! That’s where the action is and the kinds of jobs people want. The job growth in America was primarily in the suburbs from the late 1970s to the late 1990s, but since then it’s primarily been urban. Even though Google’s original headquarters are in the suburbs, every office they’ve opened since then has been in cities and college towns. The reason is because they know that their workers want to be in places that are walkable, that have diversity and culture. But also older people, who used to retire to gated golf course communities in the South to get away from cold weather, are moving back to cities. Those retirees want to be in walkable, interesting cities instead and be near their grandchildren. So it’s not that the planners of the world are telling people to move to cities, it’s that people want to move to cities, and now the planners have to figure out how to deal with it. 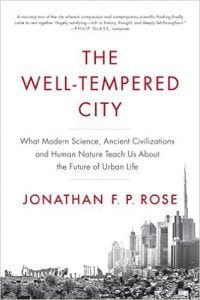 What we’re beginning to see now are models of how cities can increase their density while simultaneously, through careful planning, their parks and open spaces. So people have more access to nature in cities than they’ve had in the past. And we’re seeing that this has multiple benefits. A neighborhood that has a lot of trees is 6 degrees cooler during the summer, the trees absorb storm water, the trees remove pollution from the air, blocks with lots of trees on them have higher real estate values, and the people in these neighborhoods are much healthier, mentally.

Le Corbusier designed cities of order, but many of his ideas — the so-called “towers in a park” style — have been discarded. Why didn’t they work?

The problems with public housing developments is that they were isolating. We’ve learned from nature that biodiversity thrives and monocultures do not. They were often only housing, with no shops or retail. When the public housing projects were built in East Harlem, in an area of 10 square blocks, they displaced 1,500 small businesses. So that wiped out not only the middle class of East Harlem, but also businesses that hired young people, gave them their first jobs as assistant shopkeepers and so forth.

Public housing developments also tend to be much less connected. Cities thrive when they can create an interaction zone. You go back to when everyone lived in towns that were trading with one another. If every town is making the same things, then there’s nothing to trade. The zone of difference between different places is what leads to trade and interactions. If there’s something different happening two blocks over, you go. So the sameness, and the huge space within the sameness, of these towers in the park, created disconnection.

But they were also all rented only to low-income people. In the 1930s, when the federal government began to think about building public housing, they looked to the German model, which was mixed-income housing with a very middle-income character to it. And groups of realtors and mortgage brokers got together and said “If we allow the government to build public housing for middle class people, they won’t want to buy suburban homes, and they’ll reduce our market.” So they lobbied aggressively for almost 20 years to make sure that only the lowest-income people were served by public housing. That created a really unhealthy monoculture.

Are there communities in the Hudson Valley you consider “well tempered”?

The Hudson Valley is blessed by a fantastic train line, the Metro-North. That has created town center clusters. Many of the rest of America’s suburbs are struggling to reorganize themselves around town centers, whereas we are blessed to already have town centers. We’re also seeing up and down the Hudson River, towns have continually adapted while maintaining their historic character.

You see many of the characteristics that we think are good, and then they often have a good chunk of preserved lands around them. The Hudson River town is a pretty good model. They could use more affordable housing and more density. That would provide more customers for local businesses, and more people off the roads because they’re walking to shops and the train stations. Which would take some pressure off the less-urban areas.

You are a jazz fan. How do cities learn to improvise?

Wynton Marsalis said jazz is a reflection of American democracy, because it has an organizing form that everyone has to attend to while allowing individual freedoms. But the freedom works best when everyone is acknowledging and respecting the form. We live in a dynamically changing world which is only going to be changing more rapidly in the coming decades. We need systems that are adaptable. What I find interesting is that there’s been a tremendous movement across America for towns and cities to commit to climate action plans that take them to 2050. They say “Our goal is to reduce our climate impacts by 80 percent by 2050.”

That’s a very laudable goal. But then if you ask about a school excellence plan, an affordable housing plan, an open-space preservation plan that takes us through 2050, you find that they don’t plan that far out if they’re even planning at all. Setting big aspirations for what we want our communities to be in the longer term helps us figure out where we’re going. Then circumstances continually require change.