On Saturday, Nov. 5, the Garrison Institute will present Extraordinary Measures — the play Eve Ensler wrote the year before her 1996 hit The Vagina Monologues. The performance tells the story a man dying of AIDS and his hospital visitors during his last week, with every character played by James Lecesne. It will be followed by a discussion with the playwright.

The play and Ensler’s visit is the centerpiece of the third Buddhist Contemplative Care Symposium, “Awake at the Bedside,” hosted by the institute and the New York Zen Center for Contemplative Care. The symposium, which runs from Nov. 3 to 6, is designed for people involved with end-of-life care, including doctors, nurses, family members, chaplains, social workers, counselors and volunteers. “The door is open” to anyone, says John Sirabella, the institute’s marketing and communications director. “The dialogue is large, and our goal is that contemplative care helps empower change for good.” 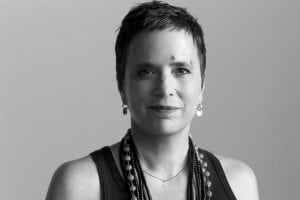 The focus of the symposium is “radical compassion,” which also is a theme of Ensler’s play. It is based on the encounters  one of her friends, actor and director Paul Walker, had with family and friends during his last days in the hospital and how such interactions are more often about the visitor than the person being visited.

Extraordinary Measures was first performed in 1995, at the height of the AIDS epidemic. “It’s very much ‘of a time’ and we’re excited to do it again in a whole new context,” Ensler says. “It’s beautiful to do it in a community which works with the dying.”

Since the writing of the play, Ensler has faced her own mortality, through a cancer diagnosis, and seen the reactions of those around her. It was different from Walker’s experience, she says, “because people didn’t think I was dying. With Paul there was an urgency and intensity; with me the drama was not as present.” 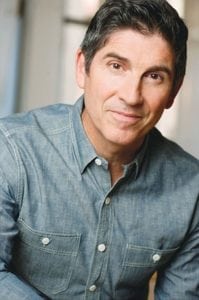 On the page, the dying character’s visitors appear not to comprehend what he needs. “The piece is not at all judgmental, though often the dying person disappears and, for the visitors, although they wouldn’t admit it, it’s rarely about the person dying,” Ensler says. But Walker’s family loved the play, she says. “It served as a communal commiseration, a forum which allowed them to grieve,” she says. “Grief is a river; if you enter it, it brings you to another shore. We have funerals for that purpose. Now people feel ashamed and have to burrow into their aloneness.”

Ensler has strong feelings about the Western framework of death and grieving. “We live in a culture terrified of death,” she says. And yet, “it’s probably the biggest moment of our lives. In this country there’s such fear because there is no security. We have a culture obsessed with youth, constantly removing itself from feelings. When people are dying they don’t get a chance to die. If that changed it would change the basis of how we operate as a society.”

So, what does a dying person need to hear? “You can feel from the person dying how much they want to know” about their condition, she says. “Some want truth, some don’t. Some cling to the hospital room because they think they will get better there, some definitely do not. Everyone should have a choice where they want to die.”

The goal of the symposium is to improve the well-being of not only the patients but caregivers and administrators by exploring the “harder, often uncomfortable discussions within the challenges in the current health care system, in order to address where unnecessary suffering can be alleviated,” says Sirabella. “Participants will share contemplative best practices and experiential teachings” with the goal of establishing standards.

Tickets for Extraordinary Measures, which is directed by Tony Speciale, including the talkback with Ensler, are $35 and can be purchased at garrisoninstitute.org/eveensler or by calling 845-424-4800. The institute site also has more information about registration for the retreat.