No big snow until February — maybe

With sunbathers on the Hudson, and geese turning back from their flights south during a record-breaking “Hotober,” it’s hard to imagine your car buried in snow. But many of the most accurate long-term forecasters say the coming winter will be snowier and colder than last, thanks to a shift in the Pacific Ocean temperatures that largely control Highlands weather.

La Niña, the cooler sister of warm-ocean-current oscillator El Niño — which has held a tight grip on our weather for several years — appears to be taking her turn. If other La Niña-driven winters are any guide, you’ll need a lot of cocoa and snow gear before April.

When will it begin?

Jim Witt, whose long-term weather calendar benefiting Hope for Youth is known for the daring precision of its predictions, says a white Christmas is probably out. The forecaster says the first snowfall to stick won’t come before Dec. 27, and January will be “nothing spectacular.” 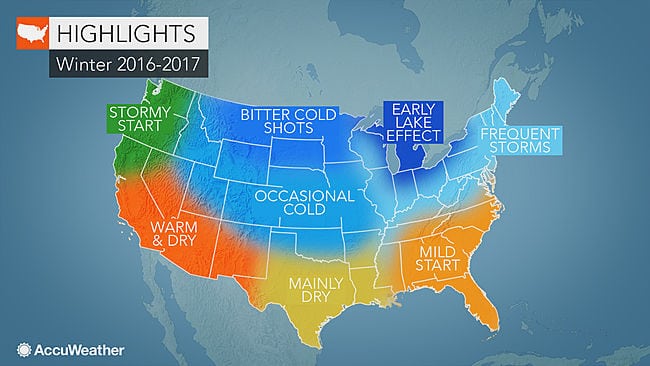 AccuWeather’s forecast for the coming winter

“It’s February that stands out in my mind,” he says. “Middle or last two weeks of February are the tough ones for this winter.” Nighttime temperatures will drop into single digits, he said, and February precipitation will be as much as 14 inches above average. Witt sees our area getting a combined 28 inches of snow in the last two weeks of February, about than 6 inches earlier in the month. This will be followed, by general consensus, with lots of cold rain in March and April.

Jim Witt is not alone in his call for a snowy February. The Old Farmer’s Almanac says Feb. 16 to 19 will be a “skiers’ delight,” predicting a storm that dumps 1 to 2 feet of powder. Paul Pastelok, a long-range forecaster at AccuWeather, says areas such as southern New York “could see higher-than-normal” snowfall. And The Farmer’s Almanac sees above-normal precipitation in the Northeast throughout the winter but “especially February.”

On average, the first snowfall hits the Highlands in late November, according to the climate watchers at the National Oceanic and Atmospheric Administration (NOAA). Last year, winter brought just a few pelts. This year it is expected to be delayed until nearly New Year’s Day.

Forecasting the weather in the long term is both an art and science. Any twitch in the mercury or wind could paint a different picture, and the weather calls are especially tough in Putnam and Dutchess counties because we live on a major line of weather-region demarcation between the Berkshires to the north and the Atlantic corridor that stretches from New York to Philadelphia. The Old Farmer’s Almanac says we’ll have colder-than-normal winter if our pattern runs New England but warmer if it runs mid-Atlantic. 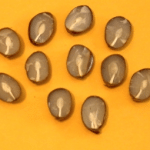 According to folklore, we will have a harsh and snowy winter if:

You slice a ripe persimmon seed in half and see a spoon (shovel) shape.
The black stripes on woolly bear caterpillars are thicker.
Hornets, bees and wasps build their nests higher than usual.
You see more mice and spiders inside your house.
Moles dig their holes deeper than 2.5 feet.
There are a lot of foggy days in August.
You see more acorns than usual.
The fall colors are particularly bright.

Any sudden changes in ocean temperatures can also invalidate predictions being made about the weather coming in January and February. In fact, that is happening now. “Instead of going to La Niña neutral, the Pacific [has suddenly] warmed up again,” says Witt. “We’ve got an awful surprise …. Never seen a spike like this. Next month could be a rarity again. Could have been maybe a volcano in the ocean. It is not accounting for this week’s very warm weather.”

The science of forecasting

Given all the variables, how do long-range forecasters do it?

Witt, who attended college on a baseball scholarship and majored in physical education but switched to education and biology and got his first job teaching earth science, says he considers data from many scientific disciplines, including astronomy and lunar and solar behavior. Because the moon controls tides and the sun affects the energy received and stored by the earth, it seems reasonable to include them when looking for patterns.

Will You Get Slammed?

Because of increased demand and higher fuel prices, the federal government is forecasting that average household spending for heating oil, propane and natural gas will rise considerably over last winter. It forecasts that heating oil costs could rise 38 percent, propane by 26 percent and natural gas by 22 percent.

That sounds nasty, but we’re a long way from record heating bills. Energy prices have been low for several years, and although temperatures in the Northeast are expected to be about 17 percent colder than last year, it will still be 3 percent warmer than the most recent 10 year average, according to the U.S. Energy Information Administration. It may be worthwhile to lock in fuel prices now, if your fuel company offers that type of contract.

One challenge is the lack of methods to measure key ocean temperatures with any precision, says Doug Smith of the Met Office (the National Weather service of the U.K.), who sees this winter as being much colder around the world. 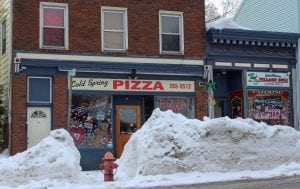 Main Street in Cold Spring after a storm in February 2014 (Photo by A. Peltonen)

To make good predictions, he says, you need to know the total energy of the planet, most of which is captured by the ocean. (Studies have shown that as much as 93 percent of the warming created by humans since the 1970s has been absorbed by the oceans, which has prevented air temperatures from jumping nearly 100 degrees.) New robotic “floats” that are placed into the sea at depths of up to 14,000 feet may help improve the data, and, in turn, the forecasts. A dozen are expected to be dropped into waters north of New Zealand by the end of the year.

Temperature = 7 to 9 degrees below normal
Precipitation = Near normal
Snowfall = 12 to 14 inches above normal.  Tough month.