Owners advised to vaccinate for leptospirosis

Cold Spring veterinarian Dr. Peter Bach is warning dog owners about an increasingly common bacterial disease, leptospirosis. Symptoms of “lepto,” which can be fatal, include vomiting, loss of appetite, diarrhea, lethargy and fever. It is the leading cause of acute kidney failure in dogs and also can affect horses, cattle and pigs. Cats are rarely stricken. 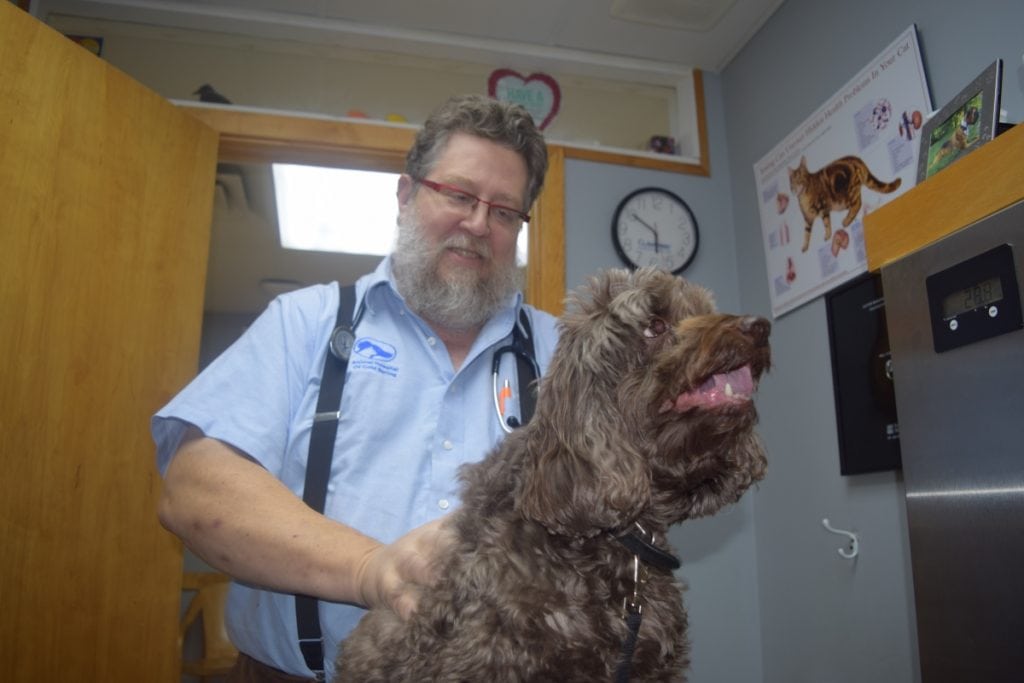 Bach said he has been alarmed because he’s seen three cases recently, when in the past they have never been clustered together. A vaccine is available, which Bach gives routinely.

Lepto bacteria are transmitted in urine, often from wild animals. A common way that dogs pick up the disease is by drinking standing water, such as from puddles. The bacteria can survive for long periods in water and on wet grass. It can also enter through a cut or mucous membranes such as the eyes, nose or mouth.

Cases of leptospirosis have also been reported on Long Island and in New Jersey. Bach said lepto has been less common in the Hudson Valley but that growing populations of raccoons, skunks, opossums, squirrels and rats could be spreading the disease. There are 15 to 20 types of leptospirosis and vaccination protects dogs against most of them, he said. For more information, visit avma.org.

One thought on “Vet Warns of Potentially Fatal Disease for Dogs”