When Sonia Tay opened a temporary shop on the west end of Main Street in Beacon over the holidays in 2014, she thought she might be on to something when customers kept asking, “Are you coming back?”

Inspired by the positive reaction to her naturally dyed clothing, Tay did come back, opening a permanent storefront for her store, Colorant, in the same location. She carries not only her own products but other brands, many of them locally produced, such as Common Botany (an offshoot of Common Ground Farm) and SallyeAnder soaps.

Her 2014 pop-up shop, while an experiment, was “a great way to see how people were reacting to my clothing,” she says. “I thought of it as just a project, but the store surprised me by doing really well.”

Perhaps it was the sensory response to the richness of color that permeates the space. That’s what Colorant (French for pigment) is all about. 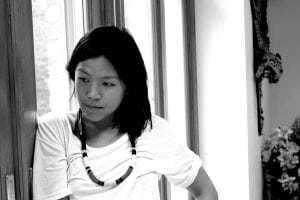 The idea for the shop “came from creating a line that celebrates color, and the concept of what color means to people and how color is a vehicle for shaping how people live and see the world,” Tay explains. “The ancient art of natural dying seeds, before synthetic dyes, is what people relied on, what they found in nature. It’s amazing to see how vast the plant and nature palette is.”

Tay says she is “not completely against synthetics, but I do believe in an ethical form of production. There are so many different ways of putting color onto clothing, including biodegradable, low-impact dyes which don’t hurt the environment.” She prefers natural dying “because it’s just that, a natural process. Natural dyes are extracted from renewable resources, offering a more sustainable option for the textile industry. It’s also exciting to see what colors are produced.” 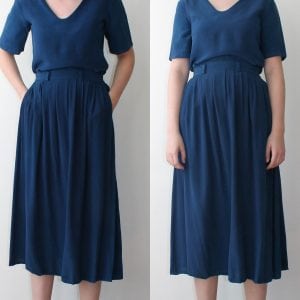 Noting that every color has a story, Tay points to indigo, a perennial favorite. “Indigo was brought to the Carolinas through trade,” she says. “It became so important to the denim industry, which was developed by factory workers. The color purple was created for royalty because it was so rare because it was hard to extract.” She also notes that “the most amazing pinks” come from cochineal, which comes from an insect that feeds and hosts on agave. “People have a natural attraction to [natural colors], something very instinctual,” she says. “It may be because colors come from the very matter we’re created from.”

Tay has an extensive background in the textile and fashion industries. She studied at Parsons School of Design and in Paris and London. She then worked for 10 years, including a two-year stint at Gap Inc., in positions ranging from corporate fashion to apparel, focusing on knits for a while, then accessories, in what evolved into largely freelance work. 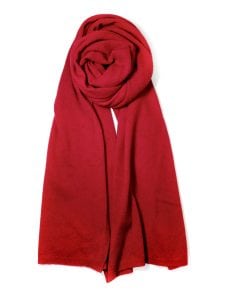 Tay founded Colorant as a wholesale line. Her products are now stocked by about 30 stores around the world, including Barney’s in Tokyo. When it came time to try retail, Tay, was firmly set on Beacon as the locale. “It felt like it had a better home up here” than the city, where she spends about half her time. “I was more creative here than in the city.”

The Colorant production process includes gathering naturally derived ingredients such as indigo, weld and madder root that are gently extracted into vibrant blues, reds and yellows. Colorant changes fabrication each season, after experimenting on fibers in combination with natural and plant dyes to see how they work on those fibers. 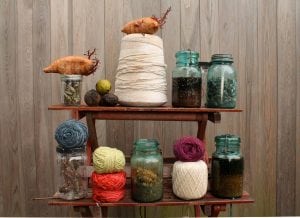 An assemblage of much that goes into Colorant: natural dyes, dye-containing shells and colored yarns (photo provided)

“As in nature, botanical colors have unpredictability depending on where and how the material was grown,” Tay explains. “Sassafras grown in northern regions will not yield the same orange as those from the south. Japanese indigo dyes differently than Indian indigo.”

This fall Colorant stocked more silk, velvet, cashmere and wools, while the spring will see some color-grown cottons, which have been engineered from seed to grow in different colors. “The shop is a vehicle for endless experimentation,” Tay says.

Colorant, located at 145 Main St., is open from 11 a.m. to 6 p.m. Friday through Sunday. Visit thisiscolorant.com for details.