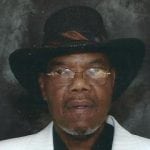 Frank was employed with IBM and retired after 20 years of service. Frank loved sports and was a loyal New York teams fan. He loved people and would strike up a conversation with anyone he came in contact with. You could always get a laugh as he always had a joke to share. His positive attitude and faith in God allowed him to gracefully endure his battle with cancer. He fought a good fight. He could not have done it so long without the help of his cousin Louis Simmons.

Frank is survived by his daughters Bridget Davis of Whitehall, Pennsylvania, Regina Sweat of Poughkeepsie and Leana Smith of New Windsor, his sisters Ida Anderson and Bertha Morgan of Stockbridge, Georgia, seven grandchildren, 10 great grandchildren and many nieces, nephews, cousins and friends.

She was born in Beacon Nov. 21, 1936, the daughter of Francis and Elmere Kennelly.

Mary attended St. John’s grammar school in Beacon and Mount St. Mary’s Academy in Newburgh. She was employed as a clerk with a New York stock exchange company and later was a technical librarian for IBM. She lived in Somerset, New Jersey, for many years and was very active in fundraising and other youth activities at her parish, St. Matthias. She was later employed by The Cenacle Sisters as an office manager. She was a member of Sacred Heart St. Francis de Sales Church in Bennington.

A funeral will be held at the Mahar and Son Funeral Home in Bennington on Nov. 21. A mass will follow at Sacred Heart Saint Francis de Sales Church, with burial in the family plot at Saint Joachim – Saint John the Evangelist Cemetery in Beacon on Nov. 22. Memorial donations may be made to Southwestern Vermont Medical Center through the office of the Mahar and Son Funeral Home, 628 Main St., Bennington, VT 05201.

Lee Ann was born March 16, 1965, in Cold Spring to Joseph and Janice (Angele) Larkin of Beacon. She is survived by her daughter, Tanya Larkin and fiancé Isael Soto of Beacon; granddaughters Jasmin Soto and Ciara Soto; sister Kelly Jones (Ken) of Poughkeepsie; aunt, Elizabeth LaColla; uncle, Eugene Larkin; and a number of cousins.

A graveside ceremony will be held at noon Saturday, Nov. 19, at St. Joachim Cemetery, Beacon.

Virginia was born March 28, 1927, in Glasco, New York, the daughter of the Salvatore and Lillian (Mickle) Brocco. She was married to Albert Letterio, who died in 2001. Virginia worked as a secretary for Dr. Charles Wolfe in Beacon. She was a parishioner of St. Joachim – St. John the Evangelist Church in Beacon and a member of the St. John’s Women’s Club.

A Mass of Christian Burial was held Nov. 18 at St. John the Evangelist Church, with burial at St. Joachim Cemetery.

Donald Vincent Pavelock Sr., 79, died Nov. 13, 2016, at Vassar Brothers Medical Center with his family by his side.

A Mass of Christian Burial was offered Nov. 18 at St. Joachim Church in Beacon, with burial in St. Joachim Cemetery. Memorial donations may be made to Slater Chemical Fire Company.