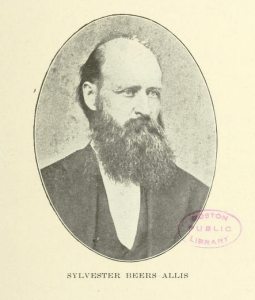 March 1866: Charles Blanchard founds The Cold Spring Recorder, promising readers “a family journal devoted to the dissemination of general and local news, and the impartial discussion of questions of public interest.” He unloads the failing paper 18 months later to a group of local residents who appoint village postmaster Sylvester Beers Allis as editor and soon after sell him the paper.

1886: A county history reports The Recorder, still owned by Allis, “is independent in politics, fearless in expression of opinion and has an extensive circulation.”

July 2008: Roger and Elizabeth Ailes purchase The PCNR from Brian O’Donnell. Ailes says of his wife: “She’s the publisher. I don’t run it, I don’t own it, and I don’t even read it until Saturday … I’m busy doing my daytime job” as chairman of Fox News.

April 2011: Lindsley quits, later alleging that Roger Ailes was having him followed by Fox News security. He is succeeded by Douglas Cunningham.

November 2012: The Pretend Putnam County News and Recorder (PPCNR), by an anonymous satirist, appears at ppcnr.com. Mimicking The PCNR’s claim to be “the only real newspaper” in Philipstown, it promises to be the area’s “only real pretend newspaper.” 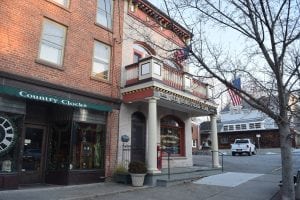 The PCNR building at 144 Main St. (photo by Michael Turton)

March 2014: The PCNR hosts a forum before the Cold Spring Village Board election in which it asks questions “tailored” for each candidate. The following year, two candidates refuse to participate.

April 2014: Elizabeth Ailes and The PCNR threaten to sue Cold Spring Trustee Stephanie Hawkins for defamation after she shares a Facebook post by another trustee who wrote: “The Ailes newspaper and their candidates have gone too far. It is clear I’m being followed; my movements are being tracked and reported in their newspaper.”

August 2016: Unhappy with The PCNR’s coverage of the Butterfield development, which it characterized as a “war” between the developer and village, Cold Spring Mayor Dave Merandy declares, “The only war being waged is between The PCNR and fact.”

December 2016: Elizabeth Ailes announces she is selling The PCNR to Cunningham and putting 144 Main on the market.

3 thoughts on “The PCNR: An Abbreviated History”