Public schools in the Highlands no longer teach it, and some parents object

Melinda Higbee has four children in the Garrison School District. The youngest, a fourth-grader, can’t write in cursive or sign his name, and she’s not happy about it.

“If his grandmother writes him a card in cursive, I want him to be able to read that,” she said. “I don’t think we should be graduating kids who can’t understand a handwritten note from a future boss.”

Since the statewide adoption in 2013 of the standard curriculum known as Common Core, many public schools have dropped instruction in cursive writing, citing time constraints. The curriculum, which has been adopted by 42 states and the District of Columbia, requires only that children know how to print by first grade and type by fourth grade. 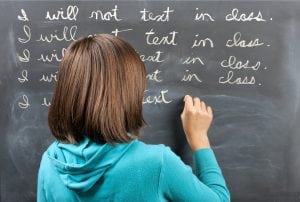 The exclusion of cursive writing has sparked debate among educators, parents and politicians in New York and across the country. Nine states have added cursive instruction back to public school curriculums. In Ohio, one school district made it part of art class.

“I remember 30 years ago sitting in my own fifth-grade class, and after each lunch period we’d have our cursive instruction,” says Brent Harrington, principal of Haldane Elementary. “Today, the writing that students and adults do is predominantly on the computer, so there’s less of a necessity for cursive and the assessment of penmanship.” 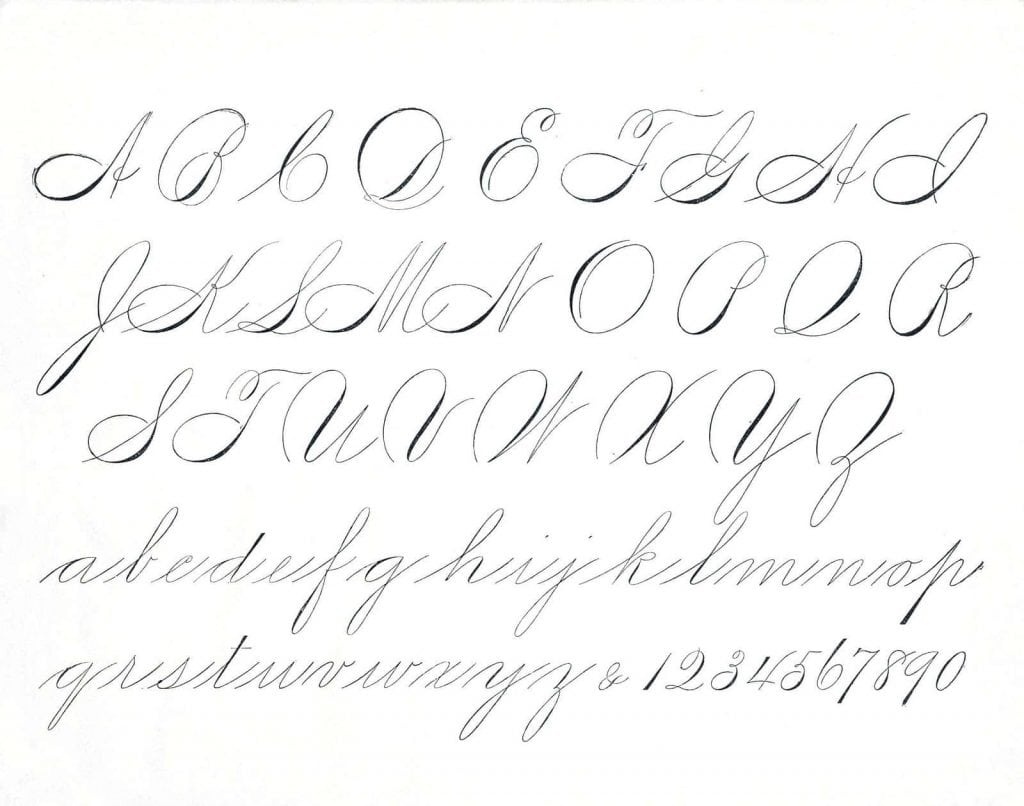 Spencerian script was the cursive used in the U.S. from about 1850 to 1925. It fell to the wayside with the introduction of the typewriter.

Still, he said, Haldane has chosen to retain some form of instruction, even if it’s not a formatted part of the academic year. “We’re not using a specific curriculum with set assessments and benchmarks,” Harrington says. “But children are exposed to cursive writing in third grade with the goal of ensuring that they can at least sign their name.”If there are parents with concerns, Harrington says, no one has expressed them to him.

Beacon is taking a similar tack. “Our teachers may provide some exposure to cursive writing after students gain mastery of printing, typically around grade 3, based upon student readiness, but are not required to,” interim superintendent Ann Marie Quartironi wrote in an email. She, too, said she has heard no complaints.

At the Garrison School, Higbee and other parents of fourth-graders who were not taught cursive in the third grade emailed their concerns in September to Principal John Griffiths. One parent called cursive a “fundamental learning tool” and expressed doubts that teachers did not have time to teach it.

Griffiths was sympathetic but said providing instruction would be challenging within the boundaries of the Common Core. “It had to be scheduled in a way that may not have led to the most even implementation for all children, so some kids were getting it more than others,” he said. The concerns expressed by parents “recommitted us to the importance of cursive writing,” he said.

The Palmer Method, developed by Austin Palmer in the late 19th century, was a simplified style of the Spencerian Method and became the standard taught to school children.

There has been discussion about the feasibility of adding cursive instruction at the end of second grade and the beginning of third grade, he said, as well as lessons in later grades to ensure that students practice. But he said that kind of instruction has to be balanced with other curriculum requirements.

“We need to make sure we’re covering everything we’re supposed to in terms of Common Core and other areas such as social-emotional learning and anti-bullying,” he says. “As an administrator, I need to be careful not to stress the system so that whatever we do, we have time to do it well and impact students’ lives.”

Is cursive good for you?

Advocates for the value of cursive point to research that suggests it helps the brain process information.

“Cursive is very important for a child’s cognitive development because it allows the brain to integrate sensation, movement and thinking in a very efficient way,” said Mercedes Burke, a pediatric occupational therapist in the Haldane school district. “Scientists have performed [brain scan] studies with children while they were doing cursive writing and, unlike typing, it activates multiple areas.”

With cursive writing, she explained, the motor part of the brain, the cerebellum, is activated by the forward area of the brain, the frontal cortex. “Writing in general isn’t being taught as it used to, and it’s really affecting children later on,” Burke said. “They have to write notes in class, and if they’re not writing by hand, the cognitive integration that helps them digest and analyze information is missing.”

Not everyone agrees with that assessment. Anne Trubek, author of The History and Uncertain Future of Handwriting, has written that “there are few instances in which handwriting is a necessity, and there will be even fewer by the time today’s second-graders graduate.”

She and others argue that research shows no difference in the neurological benefits between printing and cursive; handwriting is beneficial, but it doesn’t have to be cursive. And she notes that keyboards are great for students with poor handwriting, who at least one study showed are often graded lower by teachers. Cursive survives, she and other critics contend, in large part because of tradition.

3 thoughts on “Is Cursive a Dying Art?”