Whistling Willie’s American Grill now has a twin, although he’s not identical. The DiFrancesco family, which operates the restaurant and bar at the corner of Main Street and Morris Avenue in Cold Spring, has opened a second establishment under the same name in Fishkill Plaza on Route 9 north of Route 52. 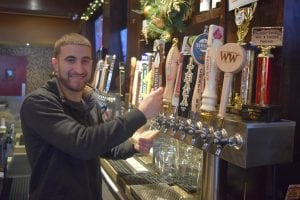 Ray DiFrancesco III taps into one of 24 draught brews at the new Whistling Willie’s. (Photo by Michael Turton)

The new location is larger, with 150 seats, 70 more than in Cold Spring, but the menus are similar and both have happy hour from 4 to 7 p.m. 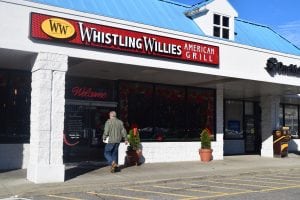 Whistling Willie’s in Fishkill is nearly double the size of its Cold Spring counterpart. (Photo by Michael Turton)