Chiera, a junior forward, led the girls’ varsity basketball team to victories over Corcoran on Dec. 27 and Gloversville on Dec. 28 at the Amsterdam Lady Rams Holiday College Showcase with double-digit performances both nights. Named last season to the All-State fourth team for Class C, Chiera continues to improve her game, according to Coach Tyrone Searight. 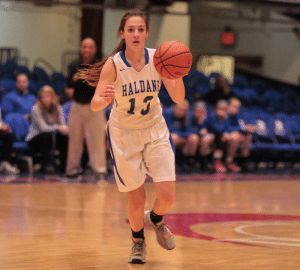 Searight says he has been impressed with Chiera’s work ethic and development.  “Allison does a great job attacking the basket and scoring at the rim,” he said. “Elmira College has already expressed interest and with one more year-plus to go, other schools will reach out.”