Series to focus on once-controversial films

The New York Times review in 1933 of the new Barbara Stanwyck film, Baby Face, was not kind. It called the movie “unsavory,” rather than delve into detail about its plot, which involves “a manipulative young woman” who “uses her sexuality to climb her way to power.”

Baby Face was so provocative for its time that it is considered one of the films that hastened enforcement of the Motion Picture Production Code, commonly known as the Hayes Code, that reined in “unacceptable” content in Hollywood. The code, which took hold in 1934 and lasted through the 1960s, clamped down not only on “licentious” depictions but “sympathy for criminals” and surgical operations, among many other stipulations. It was one of numerous forms of censorship which have regulated the filming and distribution of films since the inception of the art form. 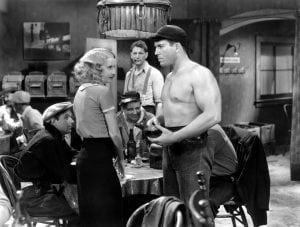 This winter the Cold Spring Film Society (coldspringfilm.org) will screen five once-censored movies at the Old VFW Hall on Kemble Avenue in Cold Spring. The series is co-sponsored by Groombridge Games and admission is free.

Donations collected at the society’s popular summer outdoor screenings fund the winter season. Popcorn and drinks will be available and each film is prefaced with an introduction from society member Jennifer Zwarich, who holds a doctorate in cinema studies. 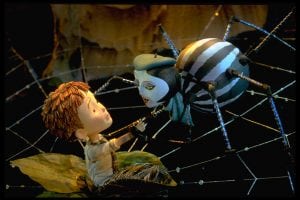 A shot from James and the Giant Peach (1996), based on Roald Dahl’s novel

The season opens at 3 p.m. on Saturday, Jan. 14 with a double bill. Baby Face will be preceded by the 1996 adaptation of Roald Dahl’s James and the Giant Peach, which has been banned or pulled from many libraries because of its allegedly inappropriate language and for supposedly encouraging disobedience and anti-authoritarian behavior. That’s also, certainly, why the book is so popular with children. Dahl turned down many requests to film the book; after his death, his widow finally gave consent to Disney.

As with all of the films being shown, the film society doesn’t advise a minimum age, considering that best left to parents. But there will be a break before Baby Face at 7 p.m. to allow for a shift in audiences. With “an amazing performance” by Stanwyck, the film was “feminist before its time; even now you can see the politics at play,” Zwarich says. It was banned in Switzerland, Canada and Australia and shown in New York only after some scenes had been excised by the New York State Censorship Board.

Long considered lost, the uncensored original was discovered in 2004 and added, a year later, by the Library of Congress to the National Film Registry. 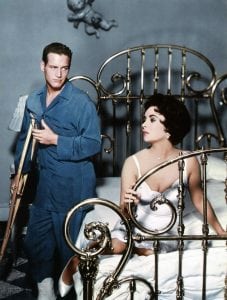 Feb. 4 may be the dead of winter, but sizzle will arrive with the film adaptation of Tennessee Williams’ Cat On a Hot Tin Roof, starring Paul Newman and Elizabeth Taylor and directed by Richard Brooks. The Pulitzer Prize-winning play, a hit on Broadway, was banned in the U.K. by the Lord Chamberlain’s office upon its 1958 opening there due to its references to homosexuality, which was still a criminal offense in Britain.

The play was only open to members of the New Watergate Club, an organization formed pointedly to bypass censorship. The situation led to the gradual — it took 10 years — elimination of the Lord Chamberlain’s powers of statutory censorship, after 200 years. The film, also released in 1958, skirts many of the same issues, in compliance with the still-in-effect censorship mandates of the period, but its suggestiveness is intact. 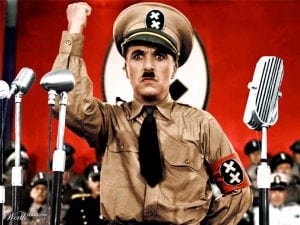 The Great Dictator, released in 1940, was Charlie Chaplin’s first true sound film. Scheduled for Feb. 25, the satire features Chaplin in dual roles, one as a clownish dictator, Adenoid Hynkel, and the other as a kindly, persecuted Jewish barber who is mistaken for the tyrant. Filming began in September 1939, a week after the start in Europe of World War II.

With the advent of war, the film was banned in much of Europe and in several Latin American countries where the leaders were sympathetic to the Nazis. An impassioned speech by Chaplin famously ends the film. 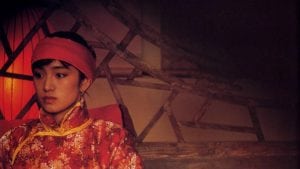 The series will conclude with a film from China to acknowledge the ongoing state censorship there of the industry. In the Mood For Love, released in 2000, was intended to be shot on the mainland but when the censorship board found major problems with the script and asked for major alterations, director Wong Kar-Wai moved the shoot to Hong Kong. Nevertheless, the film was criticized for its relative avoidance of social and political commentary in light of the other films of the time that were banned outright by the Chinese government.

In previous years, the Cold Spring Film Society’s winter season was oriented toward presenting arthouse films “you may have heard of but maybe never had the chance to see,” says Zwarich. “This series is built around a theme for the first time. What were the issues behind the bans? We’re enticed by the stories behind them.”