Two years ago The Current reported on Fareground Community Kitchen, a Beacon nonprofit dedicated to establishing a pay-what-you-can café offering locally sourced, mostly organic meals. It was “tricky because the model is so new,” said co-founder and chef Margot Schulman at the time. “We’re not a food pantry but we’re not a for-profit restaurant either.”

Fareground began in Beacon in 2012 as a series of pop-up cafés. Rather than relying on whatever food was donated, as a food pantry must do, it worked with farmers and others to provide “desired” meals. If a diner could not afford to pay in dollars, he or she could volunteer. Those who could pay were encouraged to contribute $5 or $10 extra to cover someone else’s meal. And meals were served family style at large tables, to encourage interaction among neighbors and strangers. 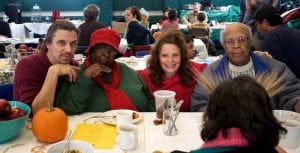 “It’s not a free meal,” Schulman explained. “It’s more about recognizing there are lots of different ways to pay for something. It’s also about respecting the fact that most people don’t want a handout. They want to be able to give something back and be appreciated for what they do have.”

Fareground is still around, but Schulman has moved on and the other co-founder, social worker Kara Dean-Assael, decided it was time “to regroup, tear down, rebuild and develop a strong board.”

“We began in 2012 as a social worker and a chef,” Dean-Assael recalls. “We learned about pay-what-you-can cafés and, feeling Beacon had a need for one, got started. We had a few places we were trying to secure, to make it a regular space, but we quickly realized it was going to be more difficult than we envisioned. We didn’t have our 501c3 [federal non-profit status], and we were instead operating under an umbrella from Common Ground Farm; there were a lot of moving parts.”

With its own non-profit status now in hand (allowing it to accept tax-deductible contributions directly) and a six-member board, Fareground’s aspirations are a variation on its original plan. 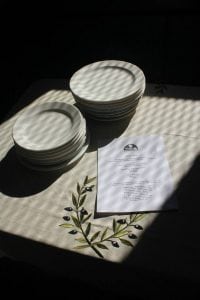 “We are hoping to participate in Beacon’s new indoors farmers’ market, and we are now focused on building a bridge between those in the community who don’t have enough food and those who do by bringing some kind of food to the locations which need it, particularly the housing developments in Beacon,” Dean-Assael said. “This may be in the form of bagged lunches — we are still developing these ideas.”

As for Schulman’s successor, “we want someone who has relationships within the community and with food suppliers,” Dean-Assael says. “We’re looking for passion.”

A permanent space is also on the organization’s wish list. “We’re taking our time coming back to the community,” Dean-Assael says. “We’ve been visiting other organizations, seeing how they work. I visited a food pantry in Greenpoint, Brooklyn, that was struggling with infrastructure. They closed down over the summer and rethought things, then re-opened. One thing we’ve learned is that we’re not going to be able to operate independently in a brick-and-mortar space, so we’re looking for a collaborator to share space.”

For more information or to volunteer, visit fareground.org or email [email protected] To contribute, send a check to P.O. Box 615, Beacon, NY 12508.