Peter Kuper, the man behind Spy vs. Spy, finds inspiration in the news

In 1996 MAD magazine called Peter Kuper with a proposal: Would he like to take over the wordless Spy vs. Spy strip, in which Black Spy and White Spy battle it out in escalating spats of creative cartoon violence?

The illustrator had done a wordless graphic novel and was drawing a weekly wordless strip. Apparently MAD felt that made him a candidate to draw its franchise, which was created in 1961 by Cuban expatriate Antonio Prohías.

Kuper, who has a home in Cold Spring, almost said no. He was busy with his own projects and reluctant to step into another artist’s shoes. He decided to submit a sample created with his signature stencils and spray paint, figuring MAD would pass. To his surprise, the editors loved it, and he found the pointy shoes of Spy vs. Spy to be a perfect fit. The strip had a great impact on him growing up, he says, and likely steered him toward creating his own silent comics. 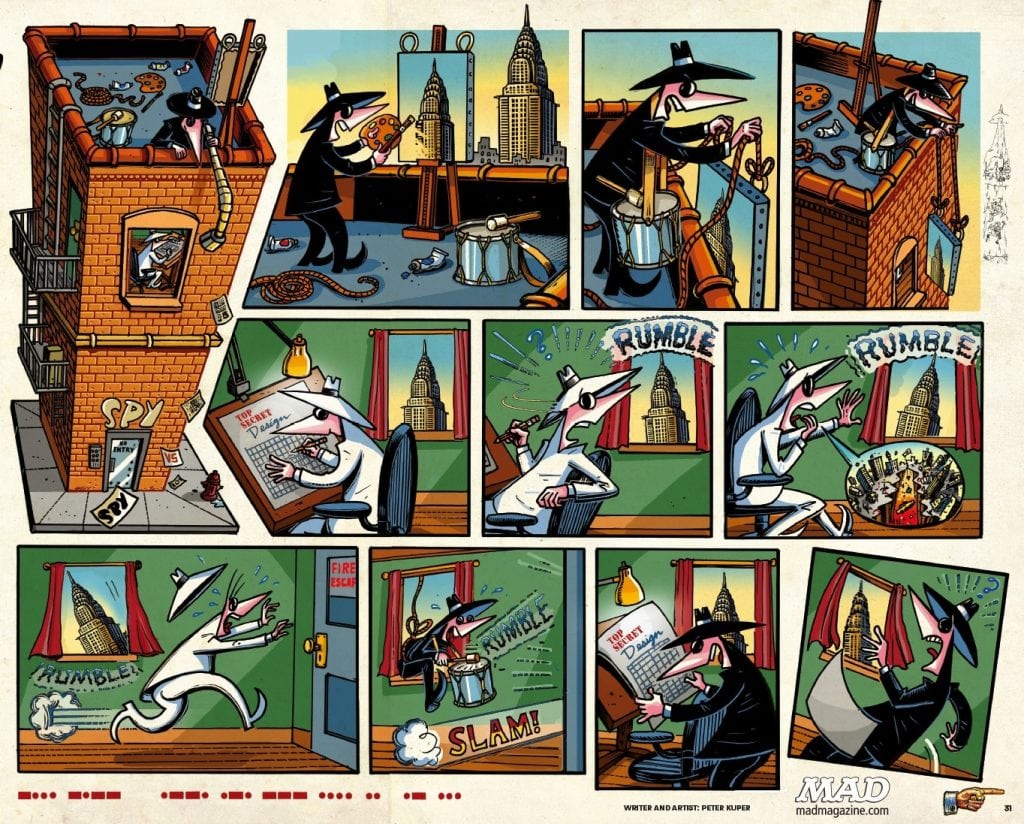 He no longer uses spray paint and stencils, preferring the less-toxic tools of pen and ink. Over the past 20 years he has taken the spies in surreal directions, reinventing them as cavemen, old fogies and helicopter shapes. He says he finds inspiration for their twisted and deadly battles in the news. 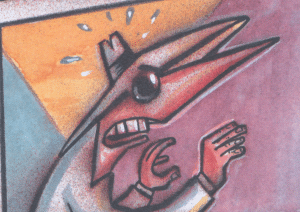 The look of the column when Kuper did it with stencils and spray paint.

“The whole point of the strip is that when it comes to destruction there are losers and bigger losers,” he says. While Prohías was inspired by the Cold War, Kuper says he felt he was addressing the “Lukewarm War.” But the influence of Russian spies on the U.S. election may mean the battle of wills has “come to a boil again,” he says. In the latest Spy vs. Spy, White Spy hacks into Black Spy’s computer, but Black Spy has his revenge.

Twelve-year-old Peter Kuper in 1970s Cleveland would have been thrilled to know he’d grow up to be 58-year-old Peter Kuper in New York today. As a middle-schooler he was so obsessed with comics — first superheroes and later underground publications — that he and a friend would trek to conventions in Detroit and New York, where they would interview their heroes, such as the publisher of MAD for a fanzine. 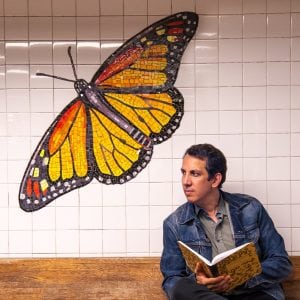 After a childhood that was also rich in international experiences (his professor father took the family to live in Israel for a year) and activism (he marched against the Vietnam war with his parents), Kuper stared down his high school graduation with a sense of panic. Art ultimately led the way, and in 1977 he ended up in New York City after an animator there offered him a job.

Unfortunately, Kuper’s would-be boss claimed to have no idea who he was. “I actually sat on the street and did drawings of what people would look like as animals,” he remembers from the comfort of his sun-filled Cold Spring living room. “I had a year of just trying to get work in New York.”

“Failure is a huge factor as an artist,” says Kuper, who teaches illustration at the School of Visual Arts and Harvard. “I tell my students your ability to deal with failure will determine your ability to stick around.”

He managed to land a job inking Richie Rich comics, then attended Pratt Institute while doing part-time illustration work. Eventually he was able to draw for a living, including for publications such as The New York Times Book Review.

While Kuper felt fortunate to be a working illustrator, the projects he was given didn’t satisfy his interest in social and political commentary. The first Iraq war prompted him to look for assignments that mattered to him. 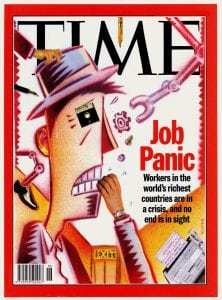 A Time cover by Peter Kuper

As a result, “there was a big dip in the work I was getting,” he says, “but I started to climb out and next thing I knew I was doing covers for Time.” He also did illustrations for The New York Times, Newsweek, Mother Jones, The Nation and Progressive. And he and his childhood fanzine co-editor launched World War 3 Illustrated, an annual anthology of illustrations and comic art.

Kuper began publishing graphic novels, as well, including The System, Sticks and Stones (which won a Society of Illustrators’ gold medal) and adaptations of classics such as Upton Sinclair’s The Jungle and Franz Kafka’s Metamorphosis.

“I’m a cruel taskmaster,” Kuper says of his schedule. “I should strike and drive myself out of business because I got the work-seven-days-a-week bug.”

Kuper met his wife, Betty, in 1984 during a trip to Spain. They lived in Manhattan but, “needing some green,” she persuaded him to rent a place in Cold Spring for the summer. “I thought, Hey this is fantastic!” Kuper recalls.

In 2006 the couple decided to move with their young daughter to Oaxaca, Mexico, for two years. As expected, the experience was eye-opening — including a first-hand perspective of a local teacher’s strike — but their return to New York coincided with the economic collapse of 2008, which was “particularly devastating because the whole [magazine] industry shifted,” he says. 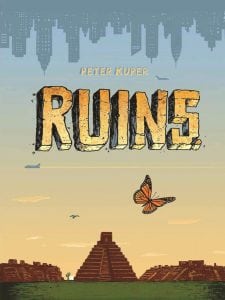 With fewer assignments, he threw himself into a graphic novel, Ruins, a fictionalized account that weaves the migration of the Monarch butterfly with the couple’s experiences in Mexico. In 2016 it was awarded the Eisner Award for Best Graphic Album.

Today Kuper contributes cartoons to The New Yorker, has started an adaption of a Kafka tale called Before the Law, helped publish a climate-change issue of World War 3 Illustrated and continues to draw Spy vs. Spy, which appears in every other issue of MAD. 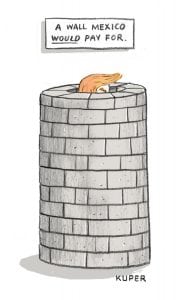 “I’m restless as an artist,” he says. “That includes what I want to write about. I’ll do something funny, then heavy, then a book with tons of words, then a book that’s wordless. My trajectory seems to be a much longer arc, but if you look back from 1980 until now you could see styles that come back around. I’d like to think there’s a unifying perspective, but that’s up to a reader to decide.”