How to Die in Oregon to be screened Jan. 28

The film How to Die in Oregon, which won the Documentary Grand Jury Award in 2011 at the Sundance Film Festival, will be shown at 2 p.m. on Saturday, Jan. 28 at the First Presbyterian Church of Philipstown. (The snow date is Jan. 29). 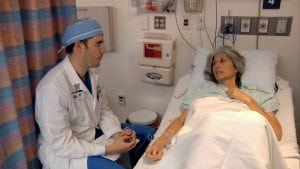 Cody Curtis, who had terminal cancer when she took her own life at age 54 with the assistance of doctors and whose story is told in How to Die in Oregon.

A discussion about the proposed Medical Aid in Dying Act, introduced in the state legislature in May 2016, will follow. The screening is free. For more information, email [email protected]

One thought on “Film, Discussion on Medically Assisted Death”