School board hires administrator from Ithaca

The Beacon City Board of Education has hired a school administrator from Ithaca as the district’s new superintendent and was expected to announce the appointment at its Jan. 26 meeting.

Matthew Landahl, a deputy superintendent for the Ithaca City School District, is expected to begin on July 1. The details of his appointment had not been released by press time, but he earned $150,000 annually in Ithaca. 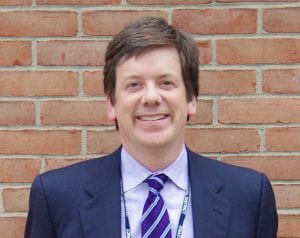 Landahl, whose mother was an elementary school teacher in Chicago for 30 years, earned a degree in history from Grinnell College before joining Teach for America. He was assigned to teach fourth- and fifth-grade students in Baltimore and led a summer program during his five years there.

He next moved to Charlottesville, Virginia, where he was an elementary school principal while pursuing his master’s and doctorate in education administration and supervision at the University of Virginia. He earned his doctorate in 2012.

Landahl and his family moved from Virginia to Ithaca in 2013 when he was hired as the district’s chief elementary schools officer. In 2014 he became its chief academic officer.

Following the contentious resignation of Barbara Walkley a year ago, the Beacon school board in August hired the search firm, Hazard, Young, Attea and Associates (HYA) to recruit candidates. HYA organized focus groups of community members, teachers, administrators and students to discuss what the district wanted from its next hire. The results of these interviews were compiled into a leadership profile that the board used to develop interview questions. Nearly 50 people applied for the position.

In an interview with the Ithaca Times in 2014, when he was appointed as chief academic officer, Landahl said the major challenge for the Ithaca district was its  budget. “We want our classrooms to be engaging places,” he said. “We want our teachers to feel the support that they need to do their jobs well. And we will continue to strive for all of those things, but the budget is a rather big challenge right now.”