The Hudson Highlands Land Trust has purchased three properties totaling 358 acres on Granite Mountain in Putnam Valley for about $1 million, and intends to turn the area into public parkland.

The parcels include a network of informal trails, which HHLT Executive Director Michelle Smith said need to be improved before being opened to hikers. The site features numerous low stone walls, an indication that the land was likely farmed in the past, she said.

Putnam Valley Town Supervisor Sam Oliverio was effusive about the purchase. “I love the idea of having a functioning conservation park right in the center of town,” he said. “This is a recreational plus for all of our residents and a tremendous environmental coup for Putnam Valley. “ 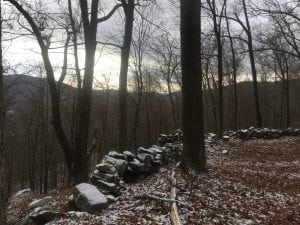 The transaction was funded through a number of sources, said Smith. It marks the first time the Garrison-based group has purchased land outright; it has arranged for conservation easements on 2,450 acres elsewhere in which the land’s owner retains the property but agrees it will never be developed, even if sold.

A conservation easement is a voluntary agreement attached to a deed, typically to protect natural features or farmland. Some landowners donate the easement and others are compensated. 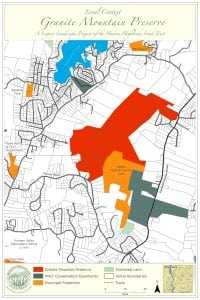 Granite Mountain contains two peaks that rise more than 900 feet. It is dominated by northern hardwood forest that includes red and chestnut oak, hickory, tulip and sugar maple along with marshy wetlands and streams. The property also provides excellent bird habitat and is known for its species-rich collection of flora.

As part of the Peekskill Hollow Brook watershed, Granite Mountain supplies drinking water to Peekskill and Cortlandt, and Smith noted the tributaries, wetlands and intermittent streams that run through the property are “unusually free of pollutants.” It also is part of the state-designated Croton-to-Highlands Biodiversity Area, which is a conservation priority for the state and federal government.

The acquisition is located north of Church Road between Peekskill Hollow and Oscawanna Lake roads. Smith said that once Granite Mountain becomes public parkland, it will be easily accessible to residents of southern Putnam Valley. She estimated that nearly 4,000 people, or about a third of the town’s population, live within a mile of the property. 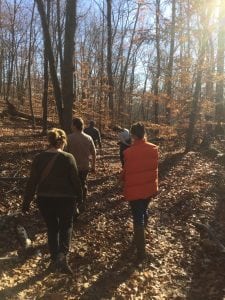 In addition, significant tracts of vacant land owned by Putnam Valley, Putnam County and the Putnam County Land Trust, along with additional properties protected by HHLT easements, are located adjacent to the southern boundary of the Granite Mountain parcels.

The first public meeting to discuss the development of a management plan for the Granite Mountain tract in partnership with Putnam Valley and Putnam County will likely be held in February, Smith said.