I was fortunate to have connected with Beacon Unity and traveled on one of their chartered buses on Jan. 21 to the Women’s March in Washington, D.C.

I’m 62 and just had my gall bladder removed, so why stick with my plans to go? Because I have lived my entire life in the changing climate of how woman are viewed and treated. Donald Trump is rude and dismissive and that does not even cover any of his political aspects.

I served in the U.S. Air Force in the early 1970s, dealing with a system that was not comfortable with women as soldiers. I worked in the business world where the “glass ceiling” was a reality for us all. I have been a single mom with no health insurance using Planned Parenthood as a provider. I have been a teacher for more than 25 years, a mom, a grandma, a union activist and a community volunteer.

For many of my students of varied sexual orientation and/or different religions or cultures, Mr. Trump is the bogeyman. I grew up in a world expecting nuclear Armageddon. My grandchildren and students should not have that burden nor their reasonable fears about their sexual orientation or ethnicity.

I served my country and have continued to serve it after I was honorably discharged. I resent the part Mr. Trump has played in fracturing our country by promising things he cannot deliver and for fomenting hate in word and deed. 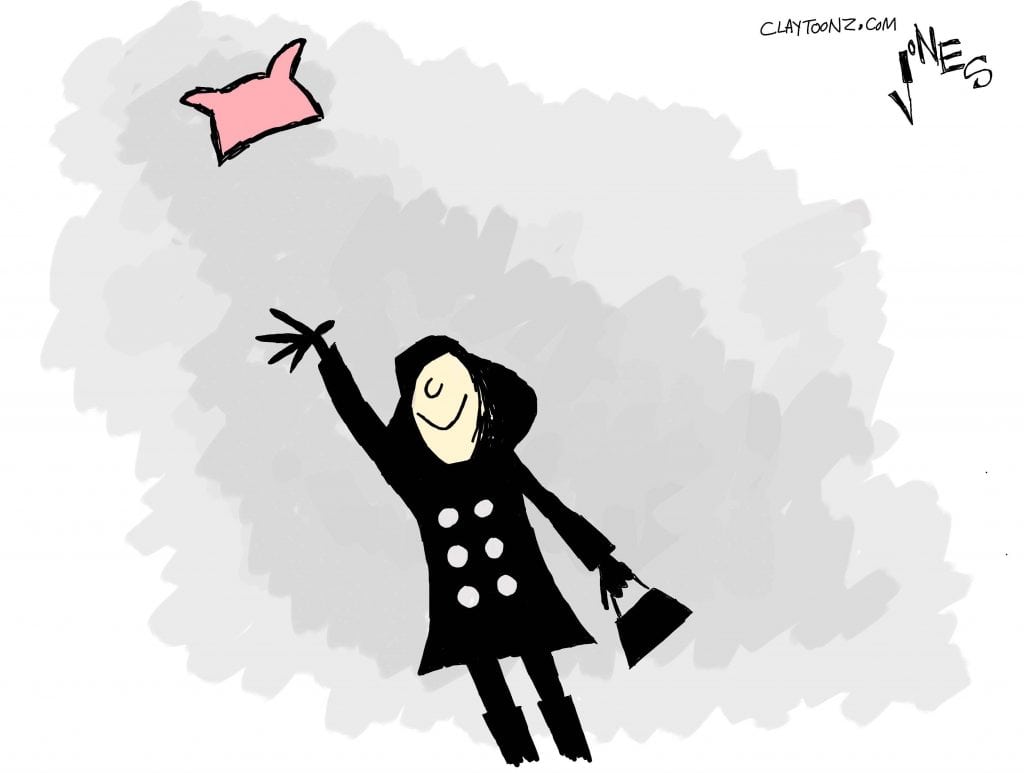 On Jan. 21 I had the privilege of attending the Woman’s March in Washington, D.C., with 55 women and men from Garrison. Another group of 55 attended from Cold Spring.

Washington was packed with attendees of all races and creeds, families with young children, people in wheelchairs and older folks. This was truly a multiracial, multi-generational gathering. Many wore pink “pussy hats” with cats ears. The interesting and meaningful signs carried by most reflected the united stand against the dismantling of our civil rights, voter suppression, environmental protection issues, immigrant rights, equal pay, sexual assault and other longstanding women’s issues.

All told, an estimated 5 million people attended rallies and marches all over the world.

By all of us coming together – Americans of all races, faiths, sexual identities and immigration status – we sent a powerful message that collectively we will continue to fight for woman’s rights and health issues and to protect our communities and, most of all, protect the progress made on the issues that matter to the majority of American voters.

We marched as one for the true moral core and values of the nation.

5 thoughts on “Why I Marched”