For the first time, the Putnam History Museum’s annual Jean Saunders History Contest awards ceremony has outgrown the museum. Launched more than 30 years ago, it took place this year at the Desmond-Fish Library to accommodate the increasing number of Philipstown seventh-graders who enter. The packed room was reflected in the many cars parked in the muddy hinterlands beyond the library’s paved parking area. 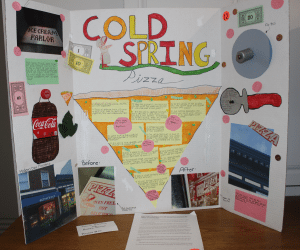 The 75 participants created 46 projects. Along with stalwarts like the Foundry, West Point and Bannerman’s Island, the students’ topics were as diverse as ever and included the Appalachian Trail, the Warner sisters, Mount Beacon, Lake Surprise, Dick’s Castle, local fashions through the centuries, and — a more recent institution, but certainly an institution — Cold Spring Pizza on Main Street.

Every participant received a one-year museum membership, with the winners selected by a panel of 18 judges which included representatives of the museum, local libraries, and teachers, as well as three high-school seniors. The winners were: 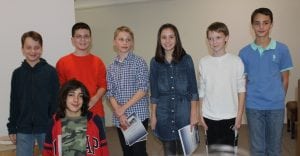 Second Place: Evan Maasik (Garrison), “What was it like to grow up on Bannerman’s Island during the Depression?”

Third Place: Matthew McCoy and Harrison Sassano (Haldane), “Why was the Parrott gun so revolutionary that it was a model for the future?”

Honorable Mention: Daniel Carlos and Chase Mayer (Garrison), “What were the challenges faced when building the Bear Mountain Bridge?”

Many of the projects were presented on poster boards, others as research papers and a few as displays that included models of forts, a board game and a model of a Marathon battery. Another asked the question “How has Beacon become so artistic?” and answered it visually. 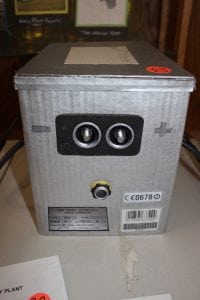 A model of a Marathon battery (photo by A. Rooney)

In the months preceding the awards, the museum’s executive director, Mindy Krazmien, and its director of administration, Rachel Ornstein, worked with seventh-grade social studies teachers Christopher Caliendo at Garrison and Kelli Annesi at Haldane to prep the students. They spoke about research methods and introduced them to the archives of the museum.

Annesi noted that the level of research expected of seventh-graders has grown tremendously in the past five years, to what might have been seen from college students a generation ago. She said the students were exposed, perhaps for the first time, to the gray areas of citations, learning how to note their sources and avoid plagiarizing. 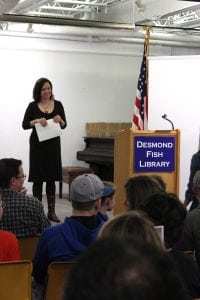 Praising the “depth and quality” of much of the work, Krazmien encouraged students to submit their projects to the New York State Archives’ Student Research Awards competition.

Teresa Figueiras of Haldane, one of the three high school students who served as judges (the others were Andrew Platt from Haldane and Aurora Strauss from Hackley) and a volunteer at the museum, noted how much she has enjoyed “looking back, remembering when I did this, seeing how much it has grown.”

Each judge was assigned 15 projects, and each project was scored by multiple judges on research, writing and presentation. The judges were not aware who had done each project. 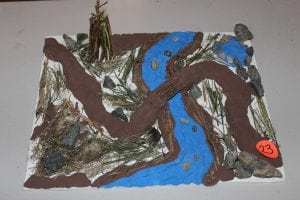 Paul Tomizawa, a Haldane parent and technology teacher in a Westchester school district who has now judged the competition twice, said he looks for projects in which the students show “thoughtfulness in their research and appreciation for our local history. The area is rich in great untold stories or stories that should be told over and over. I’m pleased when I can read a student’s narrative that reflects admiration for the achievements of Philipstown pioneers.”

He added: “In an age when adults may question the work ethic of children, it’s always heartening to see students leaving few stones, if any, unturned in their research and creating a compelling visual and written story.” By participating, he said, students “make connections that will forever be a part of who they are. Being from Garrison, Cold Spring or Nelsonville will be embedded in their identity. That’s not a bad thing to have.”