Putnam County Sheriff’s deputies arrested a Beacon man after he allegedly lost control of his vehicle at about 11:20 p.m. on Tuesday, Jan. 24 on Route 9D in Cold Spring, drove over a number of shrubs and a flower box in Chestnut Ridge and collided with a parked Chevy Blazer. He then left the 2007 Toyota behind and fled the scene, according to police. 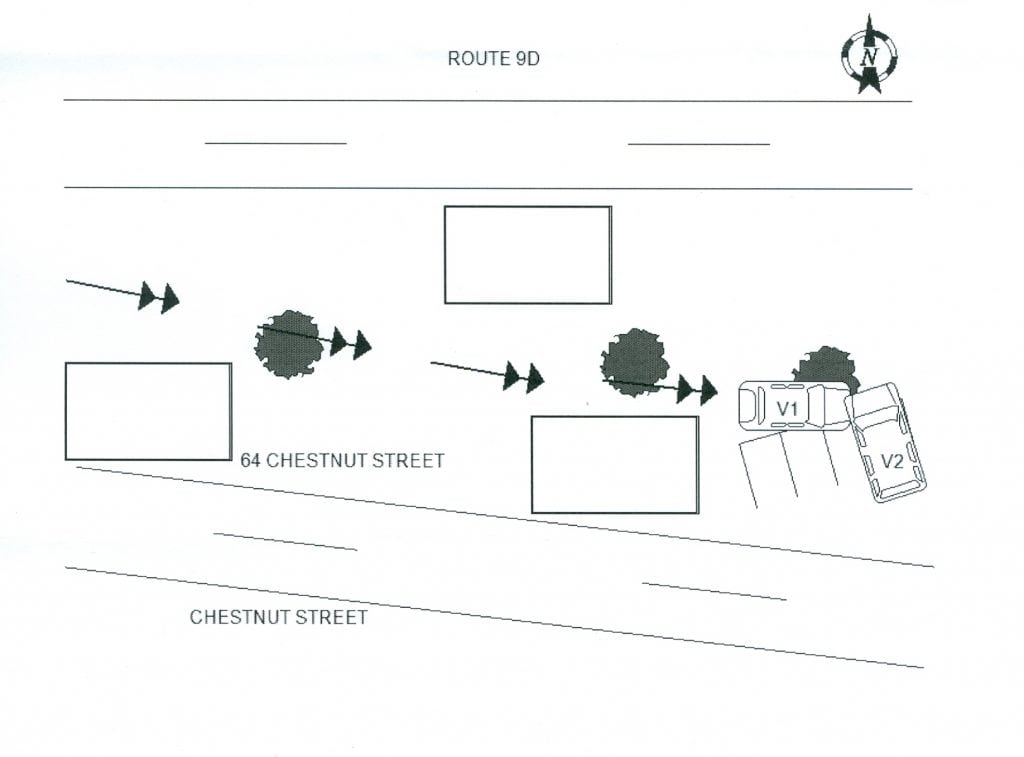 A diagram of the crash from the accident report

Jaime A. Williams, 33, was arrested on Jan. 26 at the Garrison train station after officers contacted him by phone. Police said he told them he had lost control of the vehicle and fled the scene because he was scared. The landscape damage and vehicle were not discovered until the next morning, Jan. 25, by a property manager. He reviewed security video that established the time of the crash.

Williams was charged with unlicensed operation, a misdemeanor, and four infractions: moving unsafely from lane, misuse of a dealer loaner vehicle, leaving the scene of a property-damage accident and having no driver’s license. He was scheduled to appear in Cold Spring Village Court on Feb. 6.