I was in Washington, D.C. on Dec. 4, when a man with a semi-automatic rifle entered a child-friendly pizzeria and fired. He was convinced that a child-sex ring operated there. He wanted to save the children.

Turns out, he was acting on fake news. Instead of saving children, he terrified them. I was staying nearby with parents of a 10-year-old. The child was inconsolable; she wanted to leave for Canada. (Her mother is Canadian). The parents said they’d think about it, but police had taken the shooter away, so it should be OK to go to school tomorrow.

The parents did what they were supposed to do, and so did the police. No one was harmed. But what if their child had been there, and the gunman had been a better shot?

“Thinking about the possibility of a disaster, whether it be natural or man-made, is scary, especially for young children who rely on so many people for their protection,” said Jeff Schlegelmilch of the National Center for Disaster Preparedness (NCDP) at Columbia University. “What’s scarier is that this means many families simply don’t think about it.” 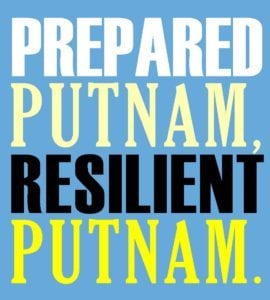 Schlegelmilch is a leader of the Resilient Children/Resilient Communities (RCRC) initiative, created by the NCDP and Save the Children. They are coordinating pilot programs in two counties in the U.S. — Putnam County and Washington County, Arkansas — to study best ways to prepare children for terror attacks and disasters. The three-year program is supported by a $2 million grant from the drugmaker GlaxoSmithKline. It will go nationwide in 2018.

Besides a number of county departments, the Haldane Central School District and the Town of Philipstown are also listed as participants in the initiative.

“The Putnam Department of Health has been running the Bioterrorism and Disaster Preparedness Task Force since 2002 without fail,” Schlegelmilch said. “This is the exemplary work we are building upon, but focusing on the specific needs of children before, during and long after a disaster.”

That includes man-made hazards. A New York Times review of FBI data found that until 1980, there were one or two mass murders in the U.S. per decade; since 2000, there have been nearly 30, including many school shootings. In nearby Newtown, Connecticut, 20 first graders and six educators were killed by a former student with an arsenal of his mom’s legally purchased guns. Yet of every $10 the federal government gives out in emergency-preparedness grants, under a penny goes to preparing children, according to Save the Children, even as the risks they face are growing more complex.

One remedy promoted by the NCDP, a Prep Rally, may be hosted by Scout groups or even by businesses for their employees’ children.

The first Prep Rallies coincided with the 10-year anniversary of Hurricane Katrina, a disaster that left many children stranded. Officials in Washington County, Arkansas, dealt with lost children for months on end. 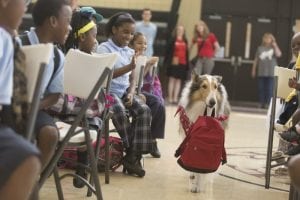 In the future, it’s hoped, such separation trauma will be reduced through standard reunification plans, in which families select a safe place they’re likely to be able to reach plus an alternative. The NCDP partners want to test and update the drills in pilot communities and patch any holes found in the system.

Save the Children’s website declares that “Children are powerful change agents.” Research has found that when children come home with preparedness guidelines, a family is 75 percent more likely to create a plan. When children are given responsibilities, they can improve community safety. And many will feel calmer if carrying out rehearsed roles.

“Between active shooters and natural disasters, what if something happens to the caregivers?,” asks Barbara Ilardi, a spokeswoman for the Putnam County Health Department. She said it’s exciting for the county to have partners who “want to help fix things so we will have children better-prepared to cope.”

Scout troops have a tradition of earning merit badges in skills like First Aid, Emergency Preparedness and Search and Rescue.

“It makes perfect sense to make children part of the equation,” said Jackie Hadden, a leader of Cold Spring Troop 437. “We have a very young Scout who performed first aid on his father after a cooking accident not long ago, and the emergency room doctor commended the boy on his actions.”

Faced with trauma, children will ask tough questions. If they ask about dying, “lay out the facts at a level they can understand,” the American Psychological Association advises. “You do not need to give graphic details. For young children, you may need to talk about what death means — no longer feel anything, not hungry, thirsty, scared or hurting; we will never see them again, but can hold their memories in our hearts and heads.

The RCRC program attempts to rehearse children in a way that’s realistic but not traumatic. Older children may be OK with enacting a live-shooter situation with real emergency workers and fake blood. For younger ones, learning map-reading and hazard identification can be done in a scientific way — as learning experiences that will enhance children’s coping and resilience skills if they’re challenged by disaster. Comparisons can be made to why people wear seat belts or practice before taking on a fierce sports rival.

In Japan, emergency drills kick off the school year on Sept. 1 — National Readiness Day. The nation, every profession, even the prime minister, does the drill. The Japanese say, “There is no other way.”