As a student at the Juilliard School of Drama, Caitlin O’Heaney was summoned upstairs. Usually that meant doom was at hand: dismissal from the school. She entered the offices of the head of school fearing the worst, and instead was told: “You’re going to Katharine Hepburn’s house; you’re reading for her movie. She needs a young version of herself.”

“I was shaking in the cab,” recalls O’Heaney, who lives in Nelsonville. “I was brought into a sitting room. Hepburn walked in, completely officious, and said ‘You do look a lot like me.’ She handed me the script and I did a cold reading. She said ‘Fabulous. I’m calling George [Cukor, the director] right now. I sent another girl to him and I hope he hasn’t hired her. I like you much better.’ ”

In fact, it was too late, and O’Heaney didn’t get the part. 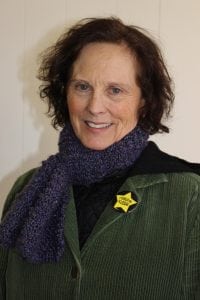 Caitlin O’Heaney (photo by A. Rooney)

But a few years later, soon after she graduated, she saw that Hepburn was going to open in a play, A Matter of Gravity. She wrote the actor via the casting director, reminding her of their previous encounter, and asked if she could come in and read for her again.

This time, she got the part, as understudy to the ingénue who played opposite Hepburn, and spent four months touring with Hepburn before the play opened on Broadway where, alas, it flopped.

O’Heaney is returning to her dramatic roots, this time as a teacher, with a series of Sunday acting classes beginning Feb. 12 at Create Community, 11 Peekskill Road, Nelsonville. 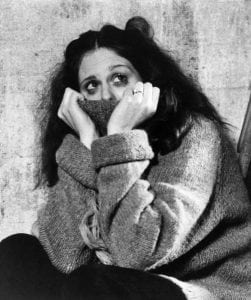 Though she never made it back to Broadway, O’Heaney, then known as Kathleen Heaney, did follow it up with a string of off-Broadway credits at theaters such as the Public and Playwrights Horizons. She then moved to Los Angeles and in the late 1970s and 1980s appeared in a laundry list of popular TV series, including L.A. Law; Matlock; Murder, She Wrote, NYPD Blue and Tales of the Gold Monkey, which ran for 22 episodes on ABC and in which she played a lead. She also had the dubious honor of having a recurring role on Apple Pie, which its creator, Norman Lear, called, according to O’Heaney, his “favorite failed TV sitcom.”

O’Heaney — who was given her Irish-dipped stage name by an L.A. casting agent who declared “Kathy Heaney” to be “awful” — returned to New York, where she appeared in a slasher film shot on Staten Island, He Knows You’re Alone, which also happened to be the first film credit for Tom Hanks. Giving Jamie Lee Curtis a run for her money, she also appeared in the 1979 fright flick Savage Weekend. 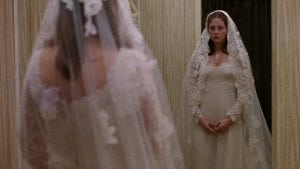 Encountering the usual stalls common to the profession, by the 1990s O’Heaney had returned to her hometown of Whitefish Bay, Wisconsin, to become a canvasser for Greenpeace. That, in turn, led to a job as an assistant cook on board a Greenpeace vessel in the North Sea. The ensuing years found O’Heaney marketing a fragrance line, living on a horse farm and, finally, lured to Newburgh by its artists’ housing. She began to visit Beacon, met Pete Seeger, one of her idols, and composed a song, “Who Have We Freed,” which was recorded in 2008 with Seeger contributing banjo and vocals.

For her classes at Create Community, students age 17 and older will work on “the technique of creating a character plus monologue and scene study, voice, diction and movement,” O’Heaney says. “We’ll learn how to take apart a script and how to analyze a character.” The first class is free, and the cost is $240 for the remaining 11 sessions. To sign up, email [email protected] with “Theatre Workshop” in the subject line.