The junior guard was the Blue Devils’ high scorer with 23 points in a 59-51 victory at Pawling on Feb. 2. Two days later, he poured in another 23 points in a 60-57 overtime win at home against Irvington. 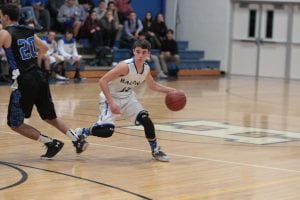