State education officials have told the Haldane Central School District it cannot continue to operate its Haldane Academy at St. Basil Academy in Garrison after the current school year because the latter is a private school in another district.

Haldane Academy, an alternative vocational high school, opened in September on the campus of St. Basil, which is operated by the Greek Orthodox Archdiocese of America and located in the Garrison Union Free School District. Nine Haldane High School students attend morning classes at an administrative building on the Cold Spring campus and afternoon classes at St. Basil, where the curriculum includes courses such as environmental science, landscape architecture and filmmaking.

In November the New York State Department of Education notified Superintendent Diana Bowers that the Haldane Academy “cannot be permitted to continue as it is presently structured” because state law does not allow schools to lease space from non-public schools outside their districts. 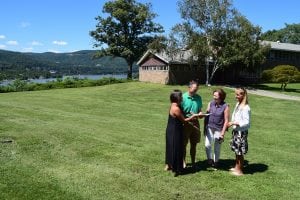 To resolve the issue, Haldane needs to move the academy to its campus full time before the start of the 2017-18 school year or hand over the operation to the Putnam-Northern Westchester Board of Cooperative Educational Services (BOCES), which would run it as a regional facility that serves students from a number of area districts, including Haldane.

The state recommended the latter. “We recognize that the St. Basil arrangement has merits both fiscally and [in the] quality of the location,” wrote Christina Coughlin, coordinator of educational management services for the Department of Education. “We encourage Haldane to work with Garrison and BOCES to explore ways to serve these students consistent with all applicable legal requirements.”

The state said that Haldane must submit a “corrective action plan” before the start of the school year.

Bowers said she and other Haldane officials are in discussions with BOCEs about taking over the academy and will meet with BOCES officials in March at a meeting of chief school administrators from the region. She said that if BOCES will not agree to take on the program, it will continue next year on the Haldane campus.

Bowers acknowledged it probably would have been better to have asked BOCES about administering the program before it was launched, but that Haldane administrators were eager to get students onto the picturesque St. Basil campus, which overlooks West Point and the Hudson River. “It’s like a big hug for these kids,” she said. “It’s a gorgeous place. Everyone who visits knows why we want to have it there. And that school just sits there, not used.” 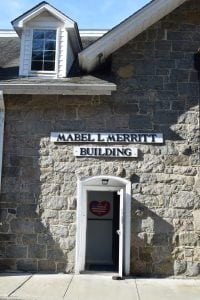 Bowers said that if BOCES takes over the academy, the enrollment would remain modest, at least initially. In subsequent years, more students from other districts could apply to attend. She estimated Haldane spent about $10,000, including labor, on improvements at St. Basil to obtain a certificate of occupancy for the facility. The work included painting and installation of fire-escape windows and fire-alarm strobe lights, she said.

Jennifer Daly, president of the Haldane School Board, said Bowers told board members about the notice from the Department of Education as soon as she received it. Daly said the board understood from the outset that the academy was a pilot program whose future was not certain, and that it might stay at St Basil or return to Haldane.