The Garrison-based Ironbound Films has launched a Kickstarter campaign to raise funds for a documentary, Heading Home, that follows a group of Jewish professional baseball players who are playing for Team Israel in the World Baseball Classic in Seoul in March. The producers have already filmed Major League Baseball players on their first trip to Israel. 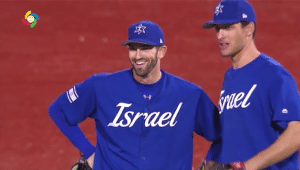 A scene from “Heading Home”

As of Feb. 17, Ironbound had raised nearly half of its $72,000 goal, which must be met by Feb. 27. Ironbound’s most recent documentary, The Anthropologist, just finished its theatrical run.