After a year off, two-day event returns to Croton on June 17

Clearwater has announced the first acts for its Great Hudson River Revival, which returns to Croton Point Park this year on June 17 and 18. 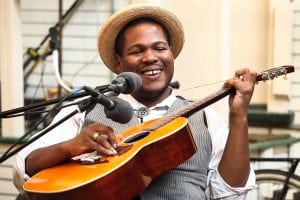 Blind Boy Paxton will perform at the Clearwater Festival in June.

Tickets are available at clearwaterfestival.org or by calling 877-435-9849. Clearwater members receive a 20 percent discount.