Partly in response to needs that arose during Community Conversations moderated by the Desmond-Fish Library, an economic development specialist with the Small Business Administration (SBA) will lead six free workshops at local libraries in March and April on planning, running and expanding a small business.

Man-Li Kuo Lin will give presentations at all three Highlands public libraries — the Desmond-Fish in Garrison, Butterfield in Cold Spring and the Howland in Beacon — at 6:30 p.m. on Tuesdays in March and the first two Thursdays of April. The topics are:

Lin, who has an MBA in computer science, developed the workshops and has presented them in New York City for decades. She will bring them to Putnam and Dutchess counties for the first time after a request from Eliza Starbuck, a Philipstown resident who is launching a wine business on Main Street in Cold Spring. 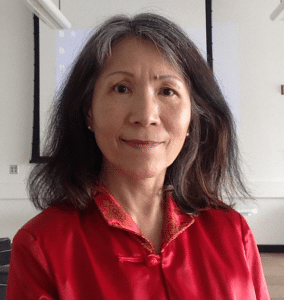 Starbuck says she approached Lin after attending one of her workshops in the city. Desmond-Fish Director Jen McCreery was receptive to hosting Lin because the workshops meshed with feedback from the library’s Community Conversations in which residents asked for support for local businesses.

Amy Raff, director of the Howland Public Library, and Gillian Thorpe, director of the Butterfield Library, also came on board. “Many people realize that libraries are constantly looking for ways to save taxpayers money,” Thorpe says. “But we are also looking for ways to help people make money or improve their situation in life. I believe it’s time that libraries embrace the small-business community.” 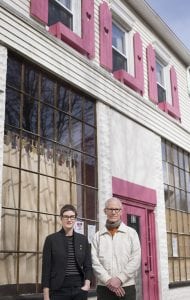 Eliza Starbuck and partner Eric Wirth plan to open their shop, Flowercup Wine, on Main Street in Cold Spring this spring to “provide the community with an unusual selection of wines from Europe and New York state, especially wines from small producers who aim to preserve the natural qualities of the grape.”

When they first had the idea to start the shop, Starbuck says, she traveled all over the state to attend free Small Business Administration seminars, including one in Brooklyn by Man-Li Kuo Lin.

“The SBA seminars taught me what I needed to look out for and how to administer a business relatively painlessly,” Starbuck says. “You have to follow regulations on taxation, bookkeeping, insurance, permits and licensing that can read like a foreign language. Hiring someone to take care of them can be expensive and risky. The more you understand, the better. The prize at the end is your independence and success.”

Starbuck says the biggest challenge during the startup was “enduring months of stress as we confronted a stream of obstacles, some unexpected, and spent barrels of money without earning any. At the same time, we had some fun, learned a lot, and grew stronger through the difficulties. I would advise others not to start a business until you have an idea that fills you with enough passion to get you through the rough times.”

Lin says, in general, most small-business owners don’t do enough preparation. “They think so much about what they want to sell, but don’t think enough about their [target] customers,” she says. “Marketing and business plans are key. So many people are scared of doing it, and they don’t use enough planning time to do sufficient research about the market and how realistic their idea is.”

Because more older people and retirees are launching businesses, either as a second career or for the income, Lin says the SBA works frequently with the AARP. “These people are often successful because they know the community well,” she says.

Lin encourages business owners to attend her final session on April 13 when she will discuss government contracts and global opportunities. She notes that by law, 23 percent of government purchases have to be made from small businesses, 5 percent from female-owned businesses and 5 percent from businesses owned by the socially and economically disadvantaged.

The federal government each year spends more than $500 billion not only for its own operations but for schools, jails and other institutions. “Even artists can get a contract for work on federal buildings,” Lin says. “A lot of people have never thought about it or assume it’s too complicated, but actually the government tries hard to make it simple.”

For global marketing and sales, Lin notes that any business that has a website is involved with international trade. By adding language translation to your site, “you can easily tap into the 96 percent of customers who live outside of the U.S.”

The SBA, created in 1953, is an independent agency that operates through field offices and partnerships. It makes low-interest loans and guarantees bank loans and contracts for small businesses and also provides counseling, technical assistance and training. See sba.gov.