The Riverview Sanitarium opened in 1870 on Ferry Street (the building and street are both long gone). Over the years it was owned by a succession of psychiatrists. One of them, Dr. William Scollay Whitwell (1846-1903), would treat the establishment’s most famous patient.

In April 1902, Whitwell, a graduate of Harvard Medical School who had a practice in New York City, began treating Frances Hodgson Burnett, whose children’s books (Little Lord Fauntleroy, The Secret Garden and many more) were bestsellers in the U.S. and England. 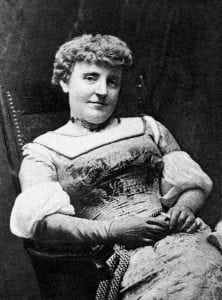 Burnett, who came to New York to escape a failed second marriage, suffered from severe headaches and crippling muscle pain. Whitwell sent her to Riverview to treat her “neuritis” with rest.

Beacon’s mountain and river scenery restored the author’s health and creativity. The New York Times on April 24, 1902, described her remarkable recovery: “The authoress selects a spot near the sanitarium, where she delights to write. She has renewed her work on the book and play she started before leaving England.”

That play was likely A Little Princess, which opened in England in December 1902 and was published as a book in 1905.

One of Beacon’s oldest hat factories was destroyed on Jan. 31 by an early morning fire. The building dated to 1879, when Lewis Tompkins, the man most responsible for Beacon becoming the hat-manufacturing capital of the state, built the Tioronda Hat Factory on South Avenue as an expansion of his Dutchess Hat Works on Lower Main Street.

The factory on South produced hats until 1948 (it was known then as the Merrimac Hat Company), after which the Atlas Fibers Company converted it for textile reprocessing. The property sat idle for decades, but a developer now plans to put condominiums on the site.

How did one of the most celebrated female American artists of the late 19th century — Ella Ferris Pell — end up in a pauper’s grave at Fishkill Rural Cemetery?

Pell (1846-1922) was an accomplished painter, sculptor and illustrator. She spent most of her last years in Beacon, seemingly well off, living in her home on South Avenue and painting local scenes. When she died, she lived alone in a rented room in a house on Ferry Street. She was buried in an unmarked grave beside her sister.

It’s not clear what happened to her wealth and prestige. She graduated from the Design School for Women of Cooper Union in New York in 1870 and studied art in Paris. Her 1890 painting Salome drew attention to her talent. She also did the illustrations for the bestselling Through the Invisible by Paul Tynan (1897). Many of her paintings are owned by the Museum of Fort Ticonderoga. If you ever come across a painting for sale signed “E.F. Pell,” grab it — it is by a local master.

One of the best hiking trails on Mount Beacon is unmarked and little used. It is Howard’s Path, named after the cabin owner who created it in the early 1900s. It traverses the west face of the mountain, starting near the radio-aerial towers to the left of the railway powerhouse ruins and continuing to the reservoir.

Along the trail you will see the ruins of cottages once accessed by Howard’s Path. In the heyday of the Mount Beacon Incline — from the early 1890s through the 1920s  — the cottage colony on Mount Beacon was a bustling, seasonal community of about 20 families. The Incline Railway made cottage life on the mountain possible, delivering by trolley car everything from the lumber to build the cabins to the summer guests themselves. 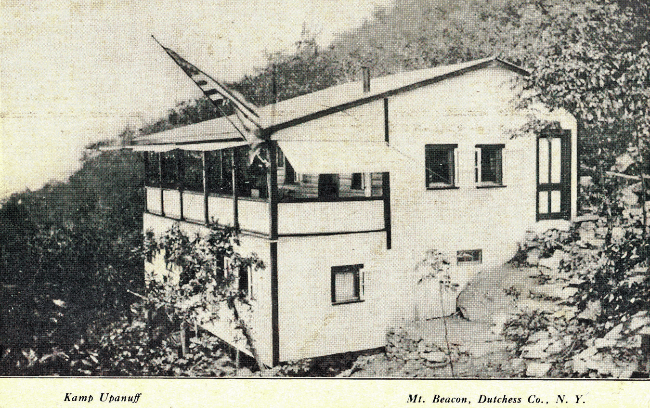 Some owners gave their cabins whimsical names such as San Souci (owned by a U.S. senator from New Jersey) or Kamp Upanuff and Up-Hi-Er (owned by mother and daughter Welton). Today only a single cottage remains, and it has been vandalized. However, hikers still can walk Howard’s Path and see the ruins of a half dozen cottages, with their quaint rockeries coming into seasonal bloom amongst the mountain laurel.

In January a century ago the Hudson River usually was frozen solid, open only to iceboats, sleighs and skaters. One winter’s tale, recorded in the Fishkill Standard on Jan. 19, 1884, likely will never be repeated in our lifetimes:

“Robert Henry of this village [Beacon] left Peekskill on Friday morning at 7 o’clock and skated to Albany, arriving there at 5:12 p.m. the same day; the time 10 hours and 12 minutes. The wind was favoring. The distance is set down in the guidebooks as 101 miles. 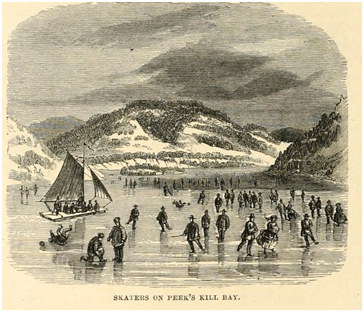 Skating on the Hudson

“On Sunday, he left Albany at 6 a.m. and skated to this village, arriving at the Fishkill Landing [Beacon] dock at 4:20 p.m., just 10 hours and 20 minutes. Three times he was obliged to take off his skates and pass around ferry tracks. The wind was against him, and at Poughkeepsie he met a snow squall. The distance, as laid down on the railroad table, is 84 miles, and the entire distance skated both days is 185 miles.

“Mr. Henry did not do this feat on a wager or to make a record, but simply to see if he could actually skate the distance mentioned.”