Says it’s illegal for county executive to review some requests

Putnam County District Attorney Robert Tendy asked county legislators on Feb. 15 to amend a law regarding Freedom of Information Law (FOIL) requests for information from his office. As written, the law is “inadvertently illegal,” he said.

Tendy told lawmakers at the Rules Committee meeting that current procedure requires a person seeking information from the county to file a FOIL request with the county clerk. If the clerk determines the records are not public, he denies the request, and the person seeking the records must appeal to the county executive. The only exception is information requested from the Sheriff’s Department. Those appeals go the sheriff. 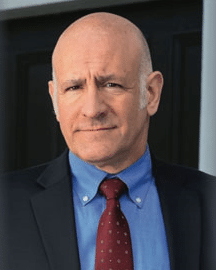 While Tendy said almost every county in New York also has a similar exception for the district attorney’s office, Putnam does not. The D.A. asked that the law be changed to allow him to consider appeals for requests for information from his office, rather than the county executive, because most documents related to ongoing investigations cannot be legally viewed by anyone other than his office, the sheriff’s office or the court, he said.

“This must be addressed,” Tendy said. He said the issue came up after a reporter filed a FOIL request for a contract and report “from a confidentially-retained agency regarding an ongoing criminal investigation.” The request was denied but Tendy said he released the information anyway because it was not worth the time and cost to answer any appeal made to the county’s Supreme Court.

“You’re handling sensitive material and sensitive cases,” she said. “Why would you put it out to the public? That would be a liability for the people involved.”

But Dini LoBue (R-Mahopac Falls) expressed reservations, noting the law had been in effect since 1981. She argued that under state law, the contract — not the details of the criminal investigation — is public information.

This difference of interpretation is why the law should not be changed, LoBue responded. “This needs to be thoroughly vetted,” she said. “As far as I know, we’ve never had an issue with it; the county hasn’t been sued with respect to denial of records through the D.A.’s office.”

“Every county in the state — in fact in the country — has it this way” as proposed, he said. “To continue with a law that is manifestly illegal, I believe, is foolish. How am I going to give the county executive a sealed indictment?”

There was also a difference of opinion about how a change would be made. According to the law department, if the County Legislature approves the amendment, it would need to go to a public referendum in November because it “curtails” the power of an elected official. Tendy countered that the change could be made by the Legislature because the county executive doesn’t have the power in question.

2 thoughts on “D.A. Wants Control of FOIL Appeals to His Office”