I am announcing my campaign to become a trustee on the Cold Spring Village Board as a write-in candidate.

I was introduced to local politics in March 2009 when Seth Gallagher, who was running for mayor of Cold Spring, unexpectedly stopped by. I had never lived in a small town, so this visit for me was a new experience. Since that day I have come to appreciate the value of a small community, namely, the opportunity for close interaction and participation in local elections, democracy and governance. In a small community, one person can make a difference. 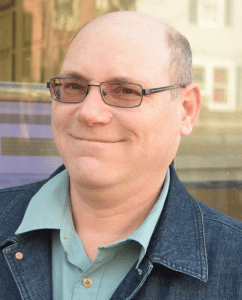 The issue on my mind around the time of Seth’s visit was the condition of the local sidewalks, particularly in the winter, especially near the intersection of Lunn Terrace and Main Street. I was told they would soon be repaired, but it was not until seven years later, and two mayors, that it finally happened.

Why did it take so long? A concern of presumably wide and common interest was not a priority until, in several elections, it was repeatedly drummed into the heads of those running for office. It was quite troubling, and remains so to the extent that non-representative behavior periodically reoccurs.

Following Hurricane Sandy, I observed inadequacies in emergency planning and services. Afterward I volunteered for the village emergency preparedness task force. The village was not prepared for Sandy. It was hardly anyone’s fault; Sandy was unprecedented, and other communities in three states were no better prepared. It turns out the positions of mayor and trustee are part-time assignments, and if one makes a calculation for hours logged (assuming one or two full days per week) and compares it to their stipends, our village is effectively governed and managed by minimum-wage workers! This is a recipe for enormous disappointment, widespread failure and even disaster.

As a member of the Parking Committee, I supported metering at the municipal lot as a safety valve for the increasingly dangerous level of vehicle congestion, but only on weekends and holidays, otherwise at no charge or, at most, for a small fee.

I’d like to hear your concerns and questions and to participate in the wider conversation. Of course, I appreciate any and all support and look forward to receiving your vote on March 21. Please talk and discuss with your friends and neighbors.