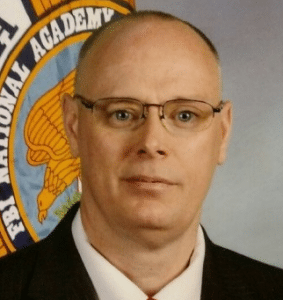 Gilmore was off-duty and exercising at a gym when he collapsed. He was taken by ambulance to Vassar Brothers Medical Center in Poughkeepsie but could not be revived.

Gilmore was a member of the Sheriff’s Department for more than 28 years as a corrections officer, deputy sheriff, sergeant and, most recently, the senior investigator in charge of the Narcotics Enforcement Unit. He was a member of the Emergency Response Team and a motorcycle officer, and was the recipient of several commendations and citations. He formerly served in the U.S. Army Reserve.

“Mark was a consummate professional,” said Putnam County Sheriff Don Smith. “Our heavy hearts go out to Mark’s wife, Amy, his daughter, Mattingly, and to all of his family and friends.”

Mark loved riding his Harley, going out on his boat and fishing and his dogs. He was a devoted Yankee and Giants fan.

A wake will be held from 2 to 4 p.m. and 7 to 9 p.m. on Monday, March 6, at Cargain Funeral Home, 10 Fowler Ave., Carmel. Parking will be available at the municipal lot at the Putnam County Office Building at 40 Gleneida Ave. and the Carmel Volunteer Fire Department at 94 Gleneida Ave. A funeral will be held at 11 a.m. on Tuesday, March 7.