On Feb. 23 two resident teaching artists from the Hudson Valley Shakespeare Festival, Amanda Bruton and Gianna Cioffi, visited Haldane Middle School to work with sixth graders on an interactive workshop. First they had the students study text from A Midsummer Night’s Dream to focus on projection and making creative choices. 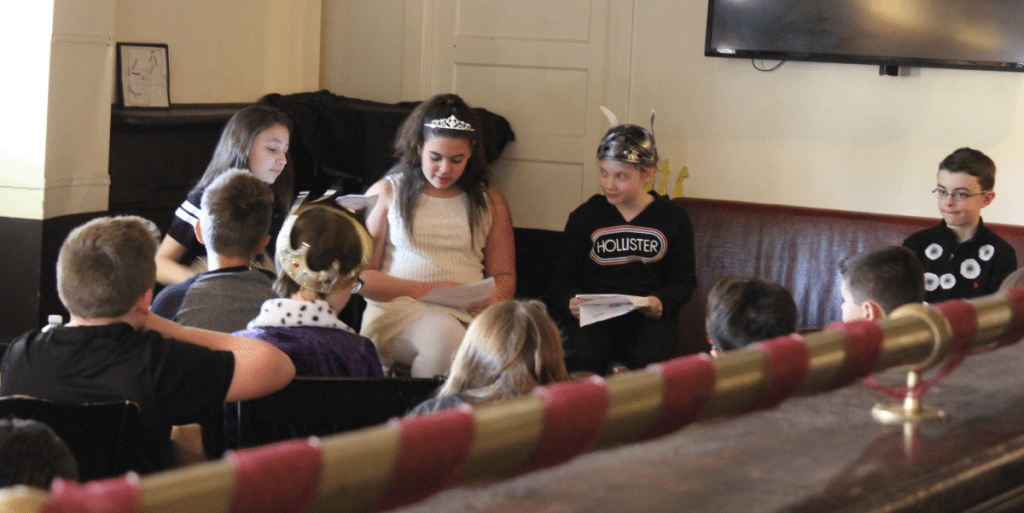 On March 6, the students walked down the hill to Whistling Willie’s American Grill at Main Street and Morris Avenue to perform scripts based on Greek myths. A stage was created at the back of the restaurant, where small groups told their tales starring, among others, Orpheus and Euridyce, Zeus and Hera and King Midas. They spoke with conviction to a rapt audience of peers, teachers, families and HVSF staff.