February should have been our most wintry month, according to forecasters. So how did we end up with monster snow from winter storm Stella on March 14 and 15 (22 inches fell, according to an instrument measure on Route 9 near Route 301 in Cold Spring) just as the daffodils were about to blaze out?

It was a full moon. It was the ides of March. It was … Mother Nature. And two of her most unruly children, El Niño and La Niña, had a smackdown that helped switch out March’s warm weather for cold. 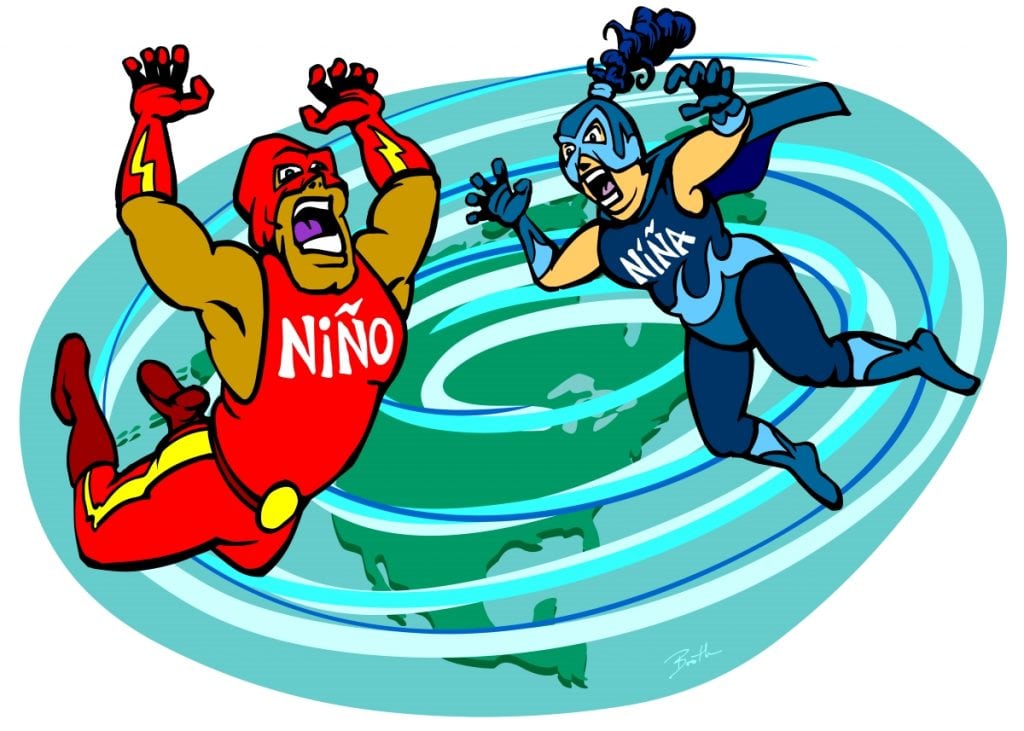 The siblings are climate patterns that affect both the ocean and the atmosphere. Just as El Niño should have been making way for La Niña — he goes a few rounds controlling our weather, then she does — he pulls off a feint. Switching winds churn up colder waters from the bottom of the Pacific Ocean off western South America, and — wham! — El Niño takes back the winter.

His return took many long-range forecasters by surprise.

It was supposed to be La Niña’s turn for at least six months. She protects the Northeast from harsher storms by keeping the colder ones west of the 750-mile St. Lawrence River, which runs between the eastern U.S. and Canada.

“So I got March wrong,” admits long-term forecaster Jim Witt, who lives in Cold Spring, “and I’m going to study what happened.”

In October, El Niño was fading and La Niña ascending. Based on that, a few hefty snowstorms were predicted for February, followed by a temperate March. But thanks to the quashing of La Niña, we got just one big slam Feb. 9, and a skiers’ weekend expected for Feb. 16 to 19 never materialized. Those storms seem to have rescheduled themselves for March. 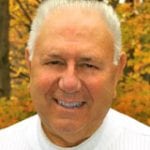 “March is proving to be colder than it should be,” says Witt. “We are 2.6 degrees below normal. The average is 48 degrees daytime, and 29 degrees nighttime. The average snowfall for March should be 7 inches.”

“When you have [a dominant] La Niña, ocean warmth from the previous summer and autumn, and in this case, early winter,” is preserved, he explains, and keeps our winter from being too severe. Several winters have fit that profile. Now, due to the out-of-season shift, all bets are off.

There’s an 80 percent chance of more snow on Saturday, March 18, but it will be nowhere as precipitous as Stella. It’s expected to max out at 3 inches, according to the Weather Channel.

In the good-news category, heating-oil prices have notched down for residential customers in New York by about three cents a gallon since a month ago, to $2.88, according to the U.S. Energy Information Administration.

There could yet be upward pressure on prices if the cold locks in for a long spell. While the snow will calm down and the days will keep warming up, we’re still looking at night temperatures below freezing, including a few nights in the teens, through the end of March.

Locals are markedly better off than in 2014, when the price peaked at around $4.47 a gallon.

There is a long history of correlation between full moons and fierce fall storms. Witt likes to look at the moon due to its gravitational force. “Just as tides are fluid, so is the atmosphere… That may be the correlation.”

People asked him to look at this moon and this storm. “This recent storm was indeed on a full moon, on the celestial equator heading south.” Witt says he looks forward to studying those correlations for winter storms.