Musicians will present workshops, then perform

A new series at the Philipstown Depot Theatre — Depot Folk — will pair workshops with concerts in a format that encourages audiences to participate, although just listening is OK, too. The first concerts will feature Beppe Gambetta on March 25 and The Mammals, featuring Mike and Ruthy, on April 8.

In the afternoon workshops, each artist will highlight and demonstrate a facet of what he or she does. “You’ll get to talk to, learn from, these artists — participate and have a conversation with them,” explains Ned Rauch, who is coordinating the series in partnership with the American Center for Folk Music in Beacon. “Both show and workshop are open to musicians and non-musicians and one can buy a combination, or just one or the other. I don’t think anyone outside of festivals is doing workshop-plus-performance format.”

Between the 4 p.m. workshop and the 7 p.m. performance, Greg’s Good Eats food truck will sell wraps and sandwiches outside the theater. 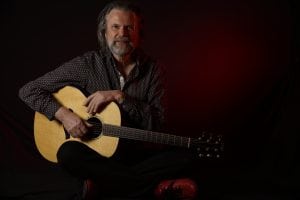 Gambetta, who spends half the year in his native Genoa, Italy, and has recorded 11 albums, performs American roots music fused with music in the Ligurian tradition, in which “emigration songs and folk ballads, steel-string guitars and vintage harp guitars not only co-exist but interact,” he has written. Gambetta is considered one of folk music’s top pickers, Rauch says, with a style characterized by “flashy licks, intricate cross-picking patterns, open tunings and fluid slides up and down the neck of the guitar.”

Mike Merenda and Ruthy Ungar, the husband-and-wife duo who front The Mammals, have a strong connection to the Hudson Valley. Ruthy is the daughter of Jay Ungar, who co-wrote Ashokan Farewell. “They know about and care about this side of the world,” says Rauch. “Mike and Ruthy each play a bunch of instruments really well and are amazing singers and songwriters. They might do a workshop on harmony, or banjo or ukulele.” 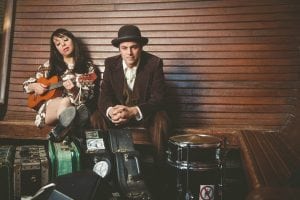 In 2013 Merenda and Ungar founded the Summer and Winter Hoot, a pair of annual music festivals benefiting the Ashokan Center in Olivebridge. Last year they received invitations to 15 music festivals in the U.S. and Europe. NPR’s Folk Alley named their 2015 album, Bright as You Can, one of the 10 best of the year.

Rauch says he plans to emphasize different aspects of folk music with upcoming performances. “There’s a lot of room to run with this concept,” he says. “We want to get more first-time performers there. ‘Folk’ encompasses so many types of music. Half the songs out there are about trains, anyway!”