Beacon officials have drafted a resolution designed to ensure that undocumented immigrants feel safe interacting with police in the city, but the document stops short of naming Beacon a “sanctuary city” that would not offer assistance to federal immigration officials seeking to locate or arrest undocumented residents.

The first draft of the resolution, which recognizes the city as a “united community,” calls for public safety services to “continue to be provided without regard to immigration status,” and states that Beacon police do not “have the authority nor the desire” to stop or arrest individuals based on their immigration status. Police Chief Doug Solomon confirmed that approach in an interview earlier this month but also said his department should operate independent of City Council oversight.

Council members George Mansfield, Ali Muhammad and Peggy Ross asked earlier this year that the city consider sanctuary status. More than 100 people then attended a council meeting on March 6, with dozens of residents speaking for and against the proposal. At the March 20 council meeting, supporters outnumbered opponents about 3 to 1. Several of them read statements from immigrants they said did not feel comfortable attending.

How Kingston Did It

In November, more than 20 clergy members in Kingston asked Mayor Steve Noble to consider declaring the city a sanctuary. 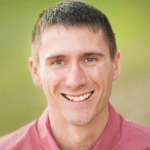 Two months later, on Jan. 10, after three hours of discussion, the city’s council voted 5 to 3 in favor of a resolution “reaffirming Kingston as a welcoming and inclusive city.”

In an interview, Noble argued that sanctuary cities don’t violate federal law, as local enforcement of immigration laws is not mandatory.

Noble estimated that 60 percent of Kingston residents favor sanctuary status, which he called “a statement of values and goals” that “sets the tone” for the city. While he acknowledged some residents’ fears of increased crime, he said “we think the complete opposite is going to happen. We think people are going to feel more comfortable calling the police.”

Noble said the council included the term “sanctuary city” in the resolution even though some municipalities have avoided it. “It was important for us to say that,” he said.

“I’m afraid now because the color of my skin makes me a target,” read Antonia Maeck. “I’m your neighbor. I’m not a terrorist.”

Another resident, Sarah From, told the council: “Now is the time to codify what Beacon stands for and what we won’t stand for when it comes to protecting our most vulnerable community members.”

Opponents to the proposal have said they believe Beacon, if declared a sanctuary city, will become a safe zone for criminals and gang members. Others cautioned that the city could lose vital federal funding.

Because there is no official definition for the term, it’s difficult to calculate how many municipalities in New York are sanctuaries, but Kingston, Syracuse, Rochester and New York City have each adopted measures protecting undocumented immigrants.

Although President Donald Trump has threatened to pull federal funding from such cities, state Attorney General Eric T. Schneiderman on Jan. 19 — the day before Trump’s inauguration — released a guide for local governments (since updated) that includes model laws and policies for sanctuary cities. Schneiderman also joined protestors at an immigrants’ rights rally in Newburgh on March 9.

The Beacon council is working on a second draft of the resolution which clarifies that the city would assist federal immigration enforcement if community safety is threatened. The council will discuss the issue further at its March 27 workshop.

One thought on “First Draft of Sanctuary Bill Making Rounds”