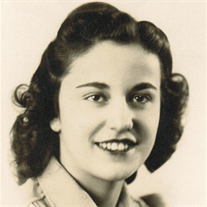 Johanna was born on July 1, 1922, in Highland, the daughter of Joseph and Filomena (Esposito) Conforti. She graduated from Highland High School and the Poughkeepsie Business Institute. On Nov. 28, 1943, she married Joseph A. Romanelli at St. Augustine’s Church in Highland. He died in 2001.

Johanna was a parishioner of St. Joachim–St. John the Evangelist Church in Beacon as well as a member of the St. Francis of Assisi Lodge, Order Sons of Italy in America.

She is survived by her daughter, Rosemarie Romanelli of Beacon; her sisters-in-law, Jeanne Cole (Richard) of Endwell and Rose Polhemus of Beacon; and her brother-in-law, Albert Romanelli (Rosemary) of Fishkill. In addition to her husband, her brothers John, Frank and Patsy Conforti and her twin sister Jennie Spinella died before her.

A Mass of Christian Burial was offered April 4 at St. John the Evangelist Church, with burial at St. Joachim Cemetery.

Norman worked in the programming department for IBM at its East Fishkill facility. He retired in 1993 after 33 years with the company. He was a parishioner of St. John-St. Joachim Parish in Beacon.

He is survived by his son Todd Waldron (Christine) of Hopewell Junction and daughter Michelle Waldron Henderson (William) of Beacon. He is also survived by his granddaughters Emma, Madison and Lily, his sisters Anita DeGelormo and Cindi Baxter; and his brother, James Waldron.

A Mass of Christian Burial will be offered at 10 a.m. on April 6 at St. Joachim Church, 51 Leonard St., Beacon, with a private burial at Cold Spring Cemetery. Memorial donations may be made to the ALS Association Greater New York Chapter (als-ny.org).

Born in Yonkers on Oct. 3, 1942, Allen graduated from Roosevelt High School in 1960. He worked as an auto mechanic on Lockwood Avenue for many years and was a race car driver in his youth. He married Virginia DelBene in Yonkers on June 3, 1967, and they moved to Beacon in 1968.

A veteran of the U.S. Army, Allen was a member of the Knights of Columbus and the International Brotherhood of Teamsters.

Allen is survived by his son Allen J. Zemba Jr., his brother Kurt Zemba (Cathy), his brothers-in-law Charlie and John DelBene and his close companion of more than a decade, Mary Ellen.

Visitation will be held April 6 from 3 to 7 p.m. at the Robert H. Auchmoody Funeral Home, 1028 Main St., Fishkill. A Mass of Christian Burial will be celebrated on April 7 at 10 a.m. from St. Joachim Church, 51 Leonard St., Beacon, with burial will military honors to follow at St. Joachim Cemetery.