A grassroots organization that pairs solid Democratic congressional districts to raise money for Democrats running in traditionally solid Republican districts will host a fundraiser from 3 to 5 p.m. on Sunday, April 9, at Dogwood, 47 E. Main St., for a candidate in Georgia. 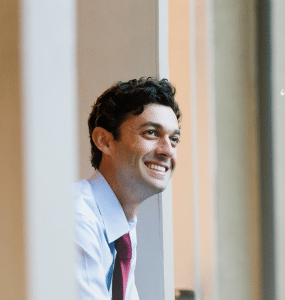 Jon Ossoff, who is running for Congress in Georgia with support from Hudson Valley Democrats (Campaign photo)

The Sister District Project has the New York’s 18th district, which includes Beacon and Philipstown, supporting 30-year-old Democrat Jon Ossof, who is running in Georgia’s 6th District, north of Atlanta, in an April 18 special election to succeed Rep. Tom Price, who left to become secretary of Health and Human Services. Although the district has not voted Democrat in decades, the Republicans have 11 people on the ballot.