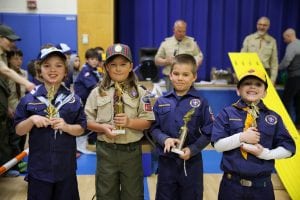 Four cars by members of Pack 403 after crossing the finish line at the Garrison School gym. Each car raced in four heats, one on each track, and the times were averaged. 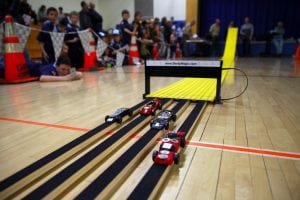