Seeds are our most basic resource and most of us know little about them. In the last century, the world has lost more than 90 percent of its vegetable seed varieties. As a result, we have become more vulnerable to famine and increased the risks to natural ecosystems, pollinators and human health from the intense use of chemical fertilizers, pesticides and herbicides.

Ken Greene, co-founder and creative director of Hudson Valley Seed Co. and founder of the nonprofit Hudson Valley Seed Bank, is on a mission to save seeds. Based in Accord and nearing its 10th anniversary, his company has grown from two people and 14 varieties of seeds to 10 people and 400. 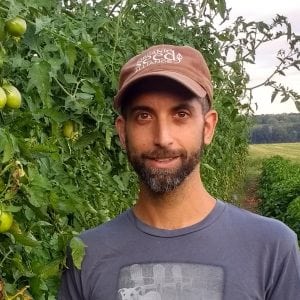 Greene launched his mission after meeting farmers and gardeners at the library where he worked and asking questions about where food came from. He learned there is “this whole invisible industry behind food and farming that is destructive to our health and the environment,” he said.

Of the four types of seed, Greene sells only heirloom and open-pollinated seeds because he wants to be part of recovering and saving seed diversity. If you collect seeds from these plants and sow them again, they will grow true to type, like the original plants. The only difference between them is that heirlooms have been around for at least 60 to 100 years. Open-pollinated seeds have less history.

On Tuesday, April 25, at the Mahopac Library, Pamela Doan, the gardening columnist for The Current, will speak on how to adapt to climate change in your garden. She will cover ways to reduce your carbon footprint and be more sustainable. The free talk begins at 7 p.m.

On Saturday, April 29, also at the Mahopac library, the Spring Garden School, led by Cornell Cooperative Extension Master Gardener volunteers, will share how to make planting decisions that are eco-friendly and site-appropriate. Topics include soil microbe management, plant communities, matrix planting and the New Perennial Movement. The workshop runs from 10 a.m. to 2:45 p.m. and the cost is $25, which includes materials. The library is located at 668 Route 6.

Hybrid seeds are bred by crossing two genetic lines. While it’s a natural process, seeds will revert to the parent type and it won’t grow as the same plant next season. “The hybrid industry keeps the parent line secret and the first-generation seed may perform well based on breeding criteria and industrial priorities like ease of harvest, disease resistance or uniformity,” Greene said. “Because you have to go back and buy seeds every year, you’ve lost the independence and control to do your own selection.”

By “selection,” Greene means that when you plant an open-pollinated seed in the microclimate of your garden and then save seeds from the plants you like and replant them, you’re influencing its development and success rate for your own conditions and tastes. “This increases the diversity that we have and creates a more resilient food system for the nation,” he explained. 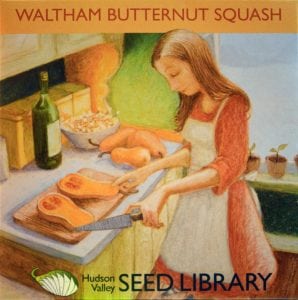 He said Hudson Valley Seed gets the most questions about genetically modified seeds, known as GMOs, for genetically modified organism. These seeds have genetic information technologically inserted that could never be bred into them naturally. Biotech and pharmaceutical companies do this mainly to make the plants resistant to toxic chemicals and kill pests.

The seeds are patented — a controversial measure — and it is illegal to save seeds from these plants. Worries about inadvertently planting GMOs are unfounded. They don’t come in the seed packs gardeners are familiar with and you have to sign a contract when buying them.

A regional seed source is an important issue as climate change creates unpredictability in weather patterns and temperatures. Seeds adapt and few are grown in the Northeast because it isn’t viable for corporations.

“We get to see which individual plants do well or suffer and which ones have some kind of resistance to pests and diseases,” Greene said of the seed bank. “To a certain extent, those that survive their full life cycle with us are the ones that are most resilient and the ones that we’ll collect seeds from. That plant is improving over time in a regionally specific way.”

To peruse seeds, visit hudsonvalleyseed.com. You’ll also find artwork created for seed packets, blog posts with growing resources and other products. Be careful: It’s easy to pass a couple of hours daydreaming there (which is why this column was late). You also can find its seeds at retailers such as Adam’s Fairacre Farms, Sabellico’s, Beacon Natural Market and Fishkill Farms.