A Beacon physician charges by the month. Is this the future of medicine?

The physician, who in November opened an office behind his home, is part of a movement called Direct Primary Care. Instead of charging a patient for each visit, he collects a monthly subscription fee of $125 for an adult or child or $248 for all the adults and children residing in the single household. 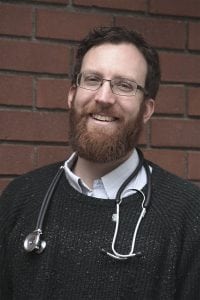 In exchange, a patient gets as many visits, consultations and house calls as needed, as well as an annual physical.

The catch? O’Brien does not accept insurance except Medicare, although he recommends patients purchase a high-deductible plan so they aren’t bankrupted by dire emergencies or hospital stays. (Notably, the IRS also does not view Direct Primary Care as a health plan for tax purposes.). O’Brien argues that all the time he doesn’t interact with insurance companies is better spent with patients.

By one count, there are more than 620 DPC practices in 47 states and Washington, D.C. O’Brien said he first encountered the model, which he compares to paying for a gym membership, as a medical student. Throughout his training, he found his ideal of the “old-time country doctor” of Norman Rockwell paintings and Marcus Welby, M.D. providing personal care to his neighbors slamming up against the reality of what he calls the “medical-industrial complex.”

Dr. Michael O’Brien and Rebekah Azzarelli of Brooklyn Homeopathy each month host what they call the Beacon Wellness Commons, which they describe as the equivalent of a farmer’s market for health care, with demonstrations and free consultations. The event also allows residents to discuss their struggles and frustrations with the health care system, and what can be done to change it locally. The next Commons takes place from 2 to 6 p.m. on Sunday, April 30, at Beahive, 291 Main St.

O’Brien and Azzarelli hope to create a Beacon Wellness Cooperative that would operate much like healthcare did in the U.S. in the 1920s and ’30s, before the rise of large insurers, when members paid into a pool to hire physicians and voted on where to spend any extra funds.

“It’s not designed for the care of human beings,” he said. “It’s designed for these large institutional structures to move people through systems, and at every stage they’re extracting wealth from someone.”

The system is not “intentionally malicious,” he said, but for hospitals and health practices to survive, they need to perform a high volume of procedures on a high volume of people. “It’s this pathological economy where a portion of the population is very ill and needs a lot of medical intervention, and then another part of the population is economically dependent on those people being very ill,” he said. 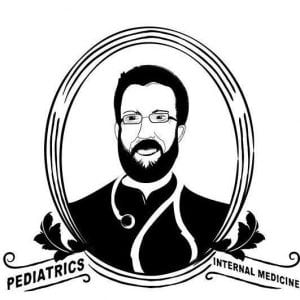 O’Brien’s logo calls to mind the concept of the “country doctor.”

“Instead of me surviving on how many procedures I do, can I survive on my relationship with you?” he said. “Because if there’s no middleman, my economic incentive is to care for you as well as I can, spend as much time with you as I can, and be your personal doctor.”