A conversation with Andrew Revkin

Andrew Revkin, a longtime Philipstown resident, has been writing about the environment and climate change for nearly 30 years. He spent 15 years as a reporter for The New York Times and a decade writing its popular Dot Earth blog. In December he left the Times to cover the climate and related issues for ProPublica.

In the wake of President Donald Trump’s symbolic 100th day in office, we asked Revkin for his assessment of environmental policy under the new administration. His responses have been edited for brevity.

For people who are concerned about the environment, were the first 100 days better or worse than expected?

The biggest impact President Trump has had is by doing nothing. There are more than 500 positions in government that require Senate confirmation — not full hearings but like deputy assistant or administrator positions — and there are only about 34 nominees who have been named. A lot of career employees I’m talking to are saying they’re sitting on their hands because they can’t move forward on anything that isn’t already budgeted.

There’s a small group of Obama initiatives related to the environment that were put forward in the six months before the election that can be undone right away, and that’s happening. But it’s a small thing compared to undoing the Clean Power Act, Clean Water Act or methane rules. To do that, you have to have staff and political appointees and agencies to set it in motion, and it takes more time.

It’s important not to get too distracted by President Trump if the concern is climate change and energy use and to think it equals problem or no problem. It’s not a binary situation. The forces driving energy use and emissions trends globally are way beyond the power of one president to make things better or worse. It’s the long-range-scale things that the president can do with Congress, such as sustaining research budgets and our capacity to understand and monitor the changing earth.

The old model of global warming was that there was a simple solution that you pass a treaty or a law and it’s done. This is not a done issue. Humans are slowly figuring we are in a two-way relationship with the climate and the earth and that awareness was only built in the last few decades

What is the most critical challenge of the next four years?

The good news is that climate change is so big, it’s not like one president can magically flip a switch to undo it. The bad news is that it’s so big that political action is hard. For example, it’s difficult to demonstrate that Obama policies did anything to move emissions one way or another.

The biggest change has been the shift from coal as natural gas has become more plentiful through fracking. President Trump is doing as much as he can to get coal miners back to work, but the prime driver of loss of jobs in coal mining is not regulations on mercury and other emissions from coal plants. It’s all the things that are changing the labor landscape throughout the world — automation, efficiency and abundant natural gas — that drive down the demand for coal.

In your view, what’s the worst thing the president could do for environmental policy?

It’s all about the budget for the Environmental Protection Agency, which gives grants to states to do the regulatory work. Also, the budgets for science, the National Oceanic Administration, NASA and the satellite and research programs that monitor weather. If those budgets get too trimmed, the capacity goes down to observe change and understand risk from the climate system, whether or not global warming drives it. 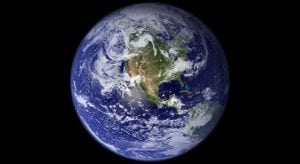 Many environmental groups are filing lawsuits. That will be the strongest impediment to a swift retreat on environmental protection. Lawsuits can force the agency to respond and carry out the law.

You’ve described climate change as too big of a problem for the federal government. Is it enough for states, cities and industries to move ahead on reducing carbon emissions?

It depends on the time scale. The climate is a centuries-scale problem and the U.S. is a diminishing part of the global emissions pie. The U.S. has historically led on innovation. One of the things the federal government does is to keep money flowing so that the next generation of batteries can advance. Industry does its own development but it’s always with a short time scale.

What is going to most affect our local community?

From what I’ve seen around Philipstown, a lot of people got woken up by Trump’s win. The more a community understands its energy patterns and works at creative ways to cut use for financial or climate reasons, the better.

Some of the most interesting experiments I’ve seen are happening regionally. Scenic Hudson is a great example. It tries to acquire easements on land with high ecological value, and it’s looking ahead at the effects of sea-level rise. So as Constitution Marsh becomes more of a bay, it’s trying to predict where the bird habitat will emerge in 2100. It’s a novel approach to deal with the changing climate, which is unavoidable. Climate change won’t just stop even if we turned off all the machines on the planet.