Jean Lynn was born Dec. 25, 1950, in North Tarrytown, the daughter of Arthur and Doris Sullivan. She graduated from Ossining High School in 1969, and on Sept. 4, 1971, married Joseph Frisenda in Briarcliff Manor. She attended the Haverstraw School of Cosmetology and with her husband owned Joseph’s Beauty Salon and We’re Making Waves in Cold Spring.

In addition to her husband, she is survived by her son Joseph Frisenda and her grandson, Octavian, both of Yonkers; and her brothers Arthur Sullivan Jr. of Briarcliff Manor and Steve Frisenda (Paulette) of Key Largo, Florida.

Jean Lynn’s greatest joy was being a mother and grandmother. She was a wonderful friend to so many, always quick to lend a hand, and could liven up a room with her presence and wonderful sense of humor. She will be remembered for her big heart, giving spirit and incredible kindness.

Born in Greensburg on Aug. 8, 1949, and raised in Claridge, Pennsylvania, Edward was the son of Stanley and Betty (McNelly) Rish. An Army veteran who served in Vietnam, he was an engineer with Keystone Electric in Queens. 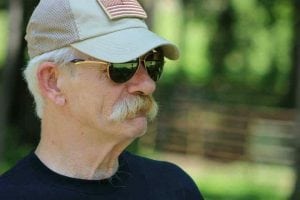 Edward, known as “Sarge,” founded the nonprofit Lawrence Pariseau Veterans Outreach Center in Garrison with Andree Chantal Pariseau-Monroe (it was named for Andree’s father). A fan of the Yankees and the Giants, Edward was an avid collector of baseball cards and memorabilia.

Edward is survived by his wife, Stephanie, and his children Christopher Rish (Jacqueline Khan) of Beacon, Andrea Berardo (Scott) of Poughquag and Michael Rish (Kristina) of Pulaski. He also is survived by his grandchildren Jacob, Matthew, Talia, Wyatt and Emma, and five sisters.

A memorial service was held April 29 at the McHoul Funeral Home in Hopewell Junction. Memorial donations may be made to the Gary Sinise Foundation (garysinisefoundation.org).