Plus, notes from April 25 and May 2 meetings

The Village of Cold Spring Board of Trustees approved three budgets for 2017-18 at its April 25 meeting, including $2,169,550 in allocations to the general fund, which accounts for most village spending. 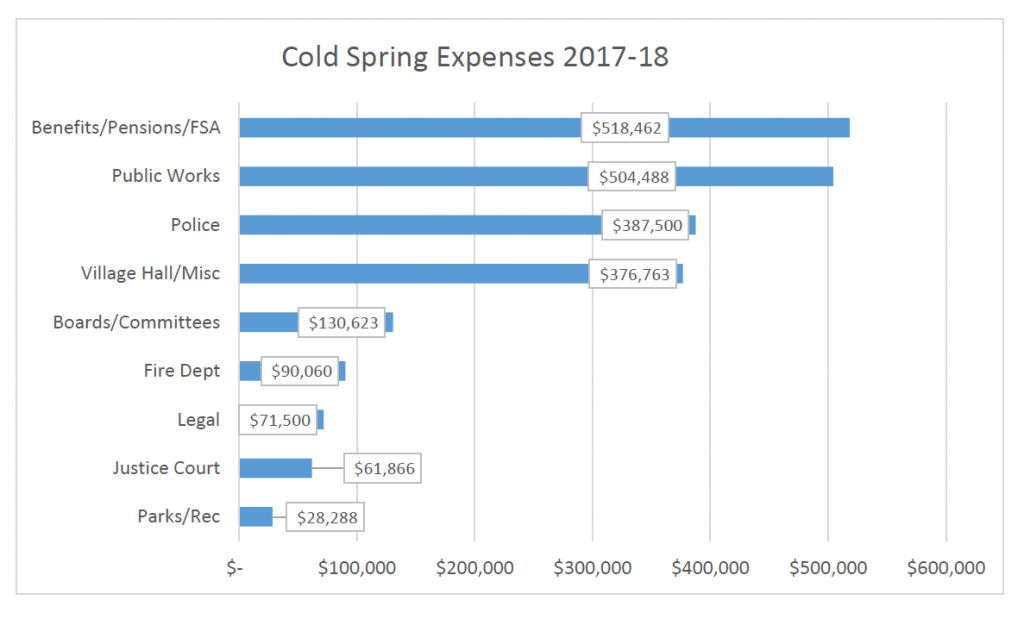 Property taxes and the fireman’s service tax will provide $1.6 million, by far the largest source of revenue. The 1.48 percent tax levy increase over 2016-17 falls within the state-imposed 2 percent limit.