Charlotte Dinitz, a seventh-grader at the Garrison School, on April 22 won first place in the middle school Earth/Space Science division at the Annual Tri-County Science & Technology Fair for her project, “Mud Power.” She was also among a group of seven students from Putnam, Westchester and Rockland counties who scored 90 percent or better, allowing her to advance to a national competition to be judged this summer. 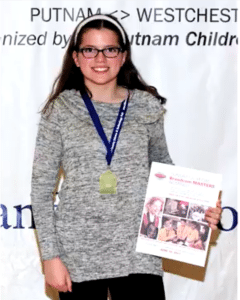 Among Garrison elementary students, Jasmine Wallis, Charles Rowe and Frank Lanza each received awards of excellence. The fair, which was held at White Plains High School, is organized by the Putnam Children’s Discovery Center in Carmel.